“Let silence take you to the core of life.”

This quote by the 13th-century Persian mystic Rumi could serve as the unofficial motto for author Siobhan Wall and her series of unusual travel guides. She is an artist, photographer, writer, and curator in search of tranquility, even in the very midst of urban life.

Motivated partly by her personal preference for a slower and quieter way of life, partly by an illness that caused some loss of hearing, this quest for silence has inspired four eclectic travel books so far.

After Quiet Amsterdam, Quiet London, and Quiet Paris, the latest volume, Quiet New York, is just fresh off the presses. It is a guide to a selection of peaceful places in the biggest US metropolis, oases of calm right in the City That Never Sleeps. 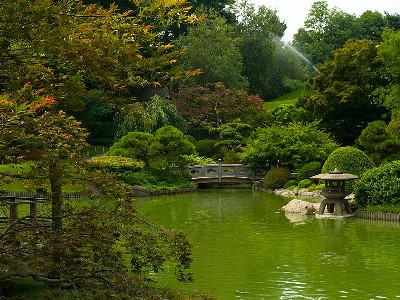 The vivid evocation of NYC’s soundtrack in the book’s introduction makes this sound like a rather elusive goal: New York is full of noises, from the early-morning clanging of the garbage trucks, over the constant honking of angry cab drivers, to the throbbing beats of party music from the city’s nightclubs. There are even some construction sites that are busy 24/7, at noon as well as midnight!

However, in the course of her seven-week research, the author did assemble an astounding variety of silent spots in all five boroughs of New York City, free of traffic noise and background music. Many of them are word-of-mouth recommendations by friendly locals.

The over 150 portraits all provide brief descriptions of the location, an illustrative photograph taken by the author herself, as well as practical information for visitors. Both tourists and residents who are new in town may now take a laidback, blessedly noise-free tour round the featured places from one of the following categories: 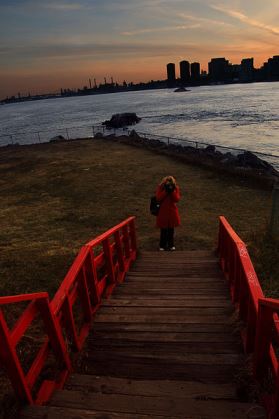 Some are fairly well-known locations that even I have heard about. (Unfortunately, I’ve never been to NYC, though it’s definitely on my list of places to see before I die.) These include, for example, Central Park, the inter-faith chapel at the United Nations, or Katz’s Deli of When Harry met Sally fame.

On the other hand, there are also plenty of unassuming nooks and crannies off the beaten track: for instance, several community gardens created by local activists and lovingly maintained by neighborhood residents, or an old-fashioned millinery shop for hand-crafted headgear.

The selection of quiet places also reflects New York’s history and diversity: In the museums, you can explore, among other things, the city’s colonial era, 19th-century immigrant life on the Lower East Side, or contemporary gay and lesbian art.

Cultural centers are dedicated to the resident Korean, Japanese, and African-American communities, and St Peter’s Catholic Church is introduced alongside the beautiful Central Synagogue and a Quaker meeting house.

Obviously, you can sample diverse cuisines in New York City, too. In the proposed eateries, you can enjoy Chinese dumplings, organic food, or traditional Italian dishes in peace and quiet. 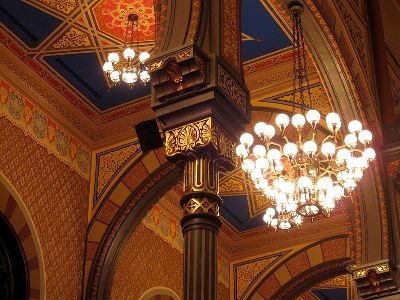 If you are on a shoestring budget, you may be interested in free institutions such as public libraries and parks, but there’s something for the well-heeled as well: You can relax at an upscale spa or sleep in a luxury apartment suite with its own Zen garden.

For me, the concept of Quiet New York holds great personal appeal: I rather like exploring cosmopolitan cities, but I’m also a bit of an introvert who gets stressed out by too many crowds and too much noise. Travel guides like this one could be a nice solution for this dilemma. If or when I finally make my dream of going to NYC come true, Quiet New York could be a useful source of information and inspiration.

For example, I’d dearly like to see The Cloisters, a museum of medieval art designed in the style of a French monastery and situated in Fort Tyron Park, above the Hudson River. The author’s own favorite spot sounds like a great place for a picnic in spring: In Brooklyn Botanic Garden, you can admire the cherry blossom esplanade in April, or dine in a bluebell wood in May.

Perhaps this book will inspire you as well!

What are *your* favorite peaceful places round the globe?

PS: If you are an expat living in New York, feel free to come to a book signing at Word Brooklyn (126 Franklin St) on Sunday, April 6, at 4 pm.

Special thanks to Siobhan for the review copy of her book!