The first InterNations Community visits in 2014 took me to Eastern Europe last month – or, to be more precise, to Chisinau (Moldova) and Vilnius (Lithuania), where we’ve got two of our smaller Local Communities. The one in Vilnius has already grown to 1,600 members by now while there are only 600 InterNations members in Moldova’s capital so far.

This time, I traveled together with some team members from our IT department in Munich: We are very much interested in adding to our IT capacity and finding more software engineers to work on our site, especially since the InterNations member base keeps growing and growing. The ICT sector in several Eastern European cities has a very good reputation, and Vilnius and Chisinau are among the prime examples. 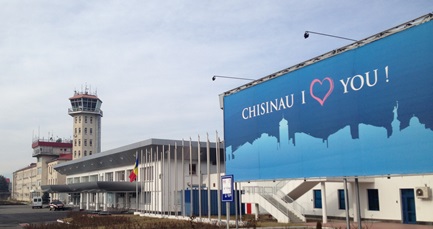 However, in other respects, the two capital cities proved to be rather different. The two-hour flight from Munich to Chisinau did not only take us to a different time zone, but also to one of the poorest countries in Europe. Since its independence from Soviet Russia in 1991, Moldova has been through some politically uncertain times.

Roughly speaking, the country’s political scene seems to be torn between the champions of Communism and a strong pro-European faction. Although EU membership is now officially one of Moldova’s priorities, parts of Chisinau appeared to be almost stuck in its Soviet past.

Unfortunately, the city hasn’t yet had the time and resources to refurbish some run-down neighborhoods or to focus more on tourist attractions. When we asked a few residents about local sights we shouldn’t miss out on, the first disheartening reply was: “Nothing to see.” 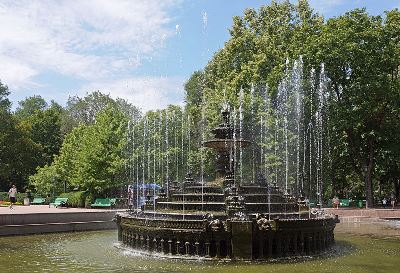 However, there are plenty of parks throughout Chisinau, and our guides also recommended the verdant countryside, as well as a tour through Moldova’s many wine-growing regions. It’s a pity we didn’t have time for a detour – and that we were there in January, rather than spring or summer.

Our hotel in the city center (the Art Rustic) was definitely a great play to stay, though – a boutique hotel with very individualist décor and a personal touch. We then had lunch at a Gagauzian restaurant, where we got to meet a few prospective IT candidates. (The Gagauz minority are a Turkish-Bulgarian group spread over the Balkans, Eastern Europe, and Central Asia.)

In the evening, we tried out the Taifas restaurant, which had been recommended to us as a Moldovan-style place: folkloric decorations, traditional music, heavy food (mainly meat dishes with rich sauces), and a selection of local wines. That tour of Moldovan vineyards would really have been worth it!

On the following day, I met up with our Chisinau Ambassador Al from Iceland at the London Steakhouse in town (they sure do love their meat here!). He is a veritable globe-trotter with a colorful resume.

Al graduated from university in the UK, travelled through Africa, used to work in international finance and has lived in Egypt, Hong Kong, Japan, Spain, Switzerland, and Ukraine before. He moved to Moldova about a year ago, and we had an animated conversation about his expat experience so far. Al seemed really ambitious to organize events and bring the international community in Chisinau together. 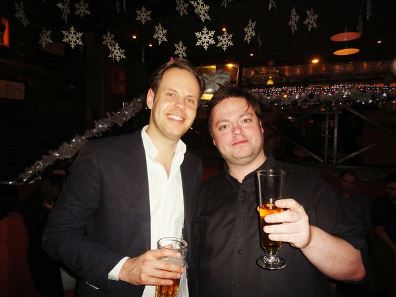 Our InterNations Event started later on the same day, at around 6:30 pm at Jack Daniels Bar. About 50 people were in attendance, including the IT guys we’d met earlier and invited to join us – not bad for such a comparatively small community!

We sat down for a nice dinner of grilled dishes (Chisinau must be a rather inconvenient place for vegetarians…), followed by mingling and chatting. Within a few hours, I got to know various interesting members, for example expats from the Netherlands, Turkey, and the US, as well as a few fellow Germans. Later on, the tunes of a live band lured most guests to the dance floor.

The die-hard partygoers then invited us to explore one of Chisinau’s top nightclubs: Drive turned out to be a very vibrant and dynamic venue, with a gleaming and stylish interior, and a lively crowd. For night owls travelling through Eastern Europe, this would be a “must see” recommendation.

Slightly fatigued, we had to return to Munich the following morning. We were leaving Moldova with the distinct impression that there may not be that many sights in Chisinau, but that the country is rich in resources nonetheless – its friendly people not least among them. 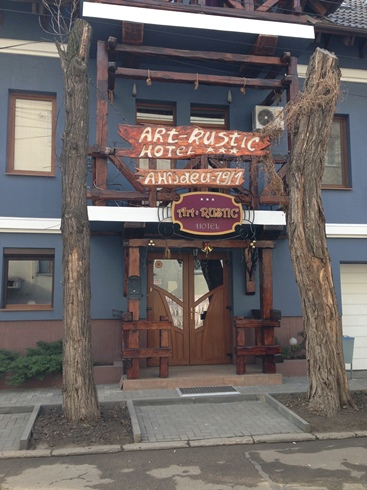 Barely one week later, I was on the road again, on my way to Lithuania. Again, I was accompanied by several other team members, since we were still on the lookout for talented software engineers and had scheduled a number of interviews in Vilnius. I’d actually been there before, to attend one of our early InterNations Events back in 2011, and I was excited to see the city once more.

However, I wasn’t quite prepared for the Baltic weather during a cold front in the middle of January: When we arrived, outdoor temperatures were nearly minus 20°C! Fortunately, the sun was shining, providing us with at least a little warmth – though our software developer from Brazil begged to disagree, poor guy.

However, the city was very pretty to look at under the winter sun, the roofs covered with a light dusting of snow. The historic center of Vilnius is a UNESCO World Heritage site for good reason – it unites an impressive array of Gothic, Renaissance, Baroque, and neoclassical architecture.

Our interviews with the IT company, however, took place in an ultra-modern building, a tall glass structure full of offices, which dominates the city’s skyline and gave us a splendid view of the Lithuanian capital. Again, we had some interesting talks with several software developers, who were eager to work on such an exciting project as InterNations. 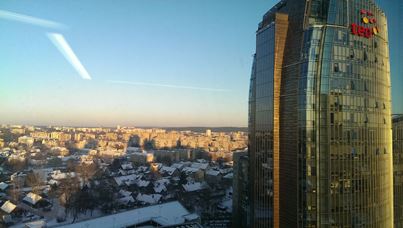 We were staying at the Comfort Hotel in Vilnius, and it did live up to its name: it was really comfy indeed. Moreover, it was only a short walk from the city center, so, with the freezing temperatures, we didn’t have to go far in search of a nice restaurant.

We had dinner close to the cathedral on Plines Street – a majestic building, which also happens to be the oldest church in Lithuania. At the restaurant, we were rather thankful for the hot and rich food. A steaming dish like zeppelini – Lithuanian dumplings with pork, bacon, and sour cream – is a good choice when it’s chilly outside!

On the following day, we invited the IT developers to our InterNations Event at the Holiday Inn. The hotel manager, Geerd from Belgium, is also an InterNations member and had kindly agreed to hosting our get-together there. 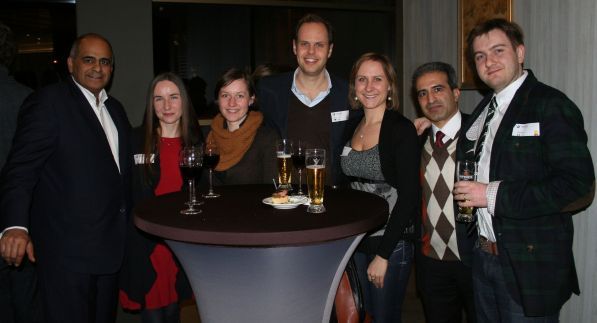 Of course, it was our Ambassador Team in Vilnius that organized the event: Anthony from France has spent plenty of time abroad, on various trips to Bangladesh, Germany, Indonesia, Norway, and Thailand. He moved to Lithuania over six years ago, for personal reasons, and is working in the local garment industry. Shaan was born in India, raised in the US, and now divides his time between Vilnius and London.

I was pretty impressed by their international credentials, and I could also thank our Ambassadors in person for their success at growing the InterNations Community and creating such a relaxed, familial atmosphere at their events. That night, circa 70 members from 20 different countries attended, which made for a bit of a contrast with our huge and kind of busy parties in Munich.

Quite a few of the guests are on the NATO staff or work for various EU organizations, as I found out while circulating and chatting. Meanwhile, our IT team seized the chance to gather some feedback on our online platform directly from our members, which resulted in a fruitful exchange of comments and ideas. 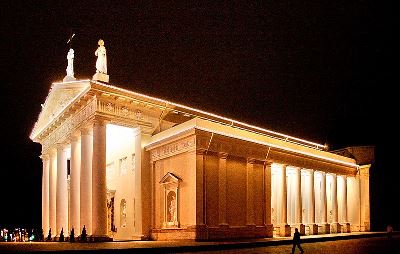 But we weren’t only “all work and no play”! When the official part of the event was winding down, some friendly Vilnius members took us to Pabo Latino, a Latin bar, where we danced the night away to some hot rhythms that defied the icy weather.

All in all, we liked the city a lot. And who knows? Perhaps we’ll soon have a reason to come to Vilnius more often…