The results of HSBC’s annual Expat Explorer survey are in again! We described the methodology and reported last year’s findings in autumn 2012, so check out our previous post for a brief recap of how it works. 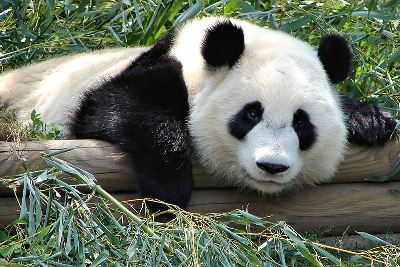 Based on these findings, the Expat Explorer site publishes a league table of expat destinations according to their relative popularity.

The high-ranking “winners” of 2012 were Singapore and Thailand, part of a clear shift away from the Eurozone to Asia, as well as the Middle East. However, Thailand is no longer among the overall top three. And Singapore, the original “Asian tiger” state, had to cede its pole position to … China and Germany. What accounts for the sudden prominence of these two rather different countries? 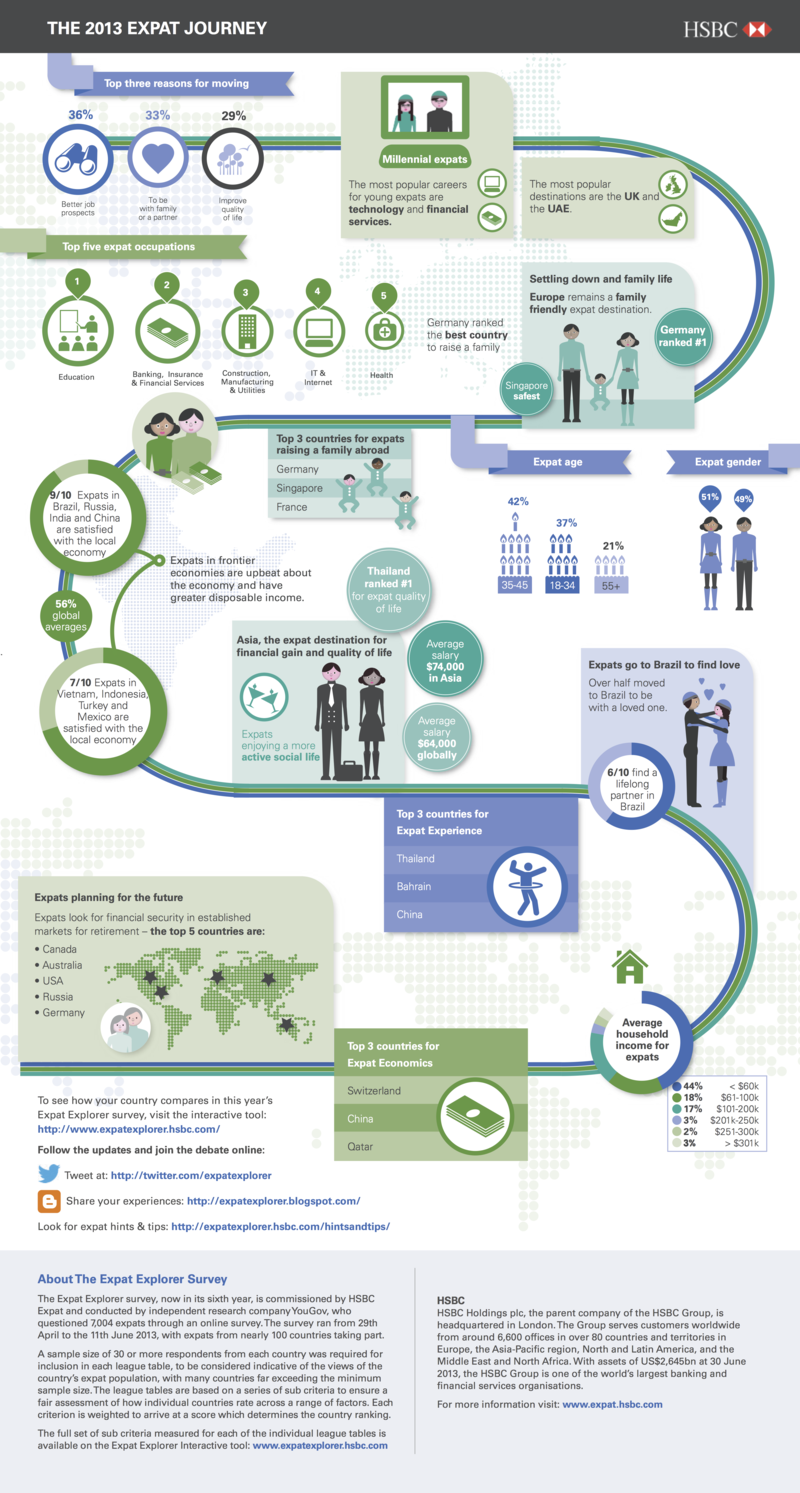 In both cases, the current state of their national economy partly explains their new claim to fame. China’s economic growth – though not on par with the record highs of previous years – remains comparatively strong, and the expats who took part in the survey often rated the local job opportunities in favorable terms. It might also account for the above-average proportion of high-income respondents from China. But even those laowei who don’t earn a top salary often have more disposable income than expatriates elsewhere: Many report lower spendings for everyday essentials such as utilities, groceries, or public transport.

If China is the leading destination in the Far East, Germany is the unexpected European highlight. Just like Switzerland, it boasts a fairly stable economy amidst countries hit much harder by the Euro crisis. Fortunately, the solid incomes of expats living in Germany don’t suffer from the same elevated cost of living that make the Swiss way of life well-nigh unaffordable for some residents. And while the German angst concerning job security and the Euro zone affects a good number of expatriates as well, almost 60% still trust the Germany economy enough to make retirement provisions there.

What is even more surprising, though, is the general acclaim for Germany among expat families with kids. The national media regularly feature jeremiads regarding the low birthrate, rigid gender roles, a lack of childcare options, and falling educational standards. 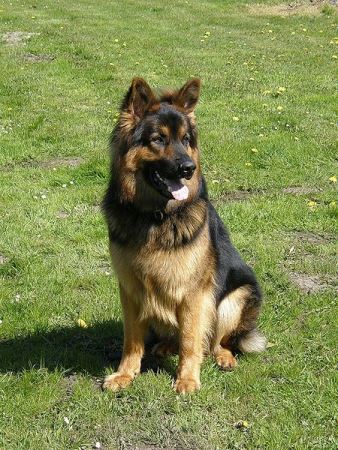 On the other hand, parents in the Expat Explorer survey do not only state that their kids feel at home in Germany. They also commend the availability of high-quality care and education for comparatively low costs. How viewpoints vary…

However, in one respect, Germany does not even make it among the top 10 of the league table. As far as the expat experience is concerned, it languishes among the middle rankings on #11. Its healthcare system and local transport networks managed to impress with stereotypical efficiency, but for the sunny side of life you have to look elsewhere.

Friendliness, delicious food, beautiful weather, and amazing scenery account for Thailand’s top performance in this category. The Expat Explorer even tells you where you might have the best chance for romance. Most expats found the love of their life in Italy or Brazil. We hazard a guess and assume that German just isn’t a good language for flirting and that clichéd Teutonic bluntness doesn’t lend itself to charming compliments. Schade eigentlich.

(To see a full-size version of the survey info graphic, please click directly on the image above. To read more about the poll results, have a look at the Expat Explorer site, and to find out about HSBC’s international banking services, please go to the HSBC Expat welcome page.)