As you may remember, we celebrated a major milestone for the InterNations Community last month – welcoming the 1 millionth member of our worldwide expatriate network. It is this global mind that we would like to introduce to you today.

Our “Expat One Million” is called Laurence, and she is a French national who has been living in the UK capital for several years. Originally from Brittany, the beautiful Atlantic northwest of France, she crossed the Channel in search of a new career in the UK. “London has such a lot to offer with regard to job opportunities,” she says. “Also, I like its fast-moving pace of life.” 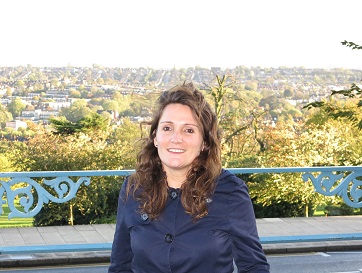 Before starting expat life in London, Laurence moved a lot within France and the UK, as well as spending a few months in Montréal, the center of French-speaking Canada. But when it comes to her favorite memories of life abroad, she remembers her time in Alaska with particular fondness. What made her stay there so special? “I had the chance to meet some extraordinary people with a strong sense of adventure and freedom.”

In a more mundane setting than the spectacular Alaskan wilderness, Laurence attended her very first InterNations get-together in London last week, an activity hosted by our group for inspired international women in the UK’s most bustling city. Fittingly enough, she was introduced to InterNations by another French expat woman, her good friend Céline, who used to live in London until last year and is now running a coaching business in Paris.

In her professional life, Laurence is an online marketing consultant in charge of her own company. She very much enjoys helping people to develop their business online or simply exchanging and sharing knowledge and ideas with others in the field.

Thus, Laurence should be able to make good use of her life-long Albatross Membership that we gifted as a surprise treat to our one millionth member. At our InterNations Events, she will meet plenty of like-minded people with a similar experience and interests, make new business contacts and find more global-minded friends. 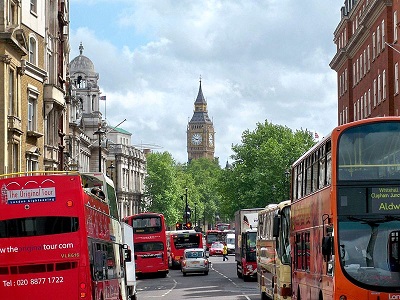 Would she describe herself as a “global mind”? Laurence would like to think of herself as a “citoyen du monde” – a citizen of the world. “I have traveled quite a bit over the past couple of years and found myself being able to adapt almost anywhere,” she explains. “Living in London also gave me the chance to meet people from all parts of the world. I am now proud to have friends with many different nationalities. This has really enriched my life.”

We hope that InterNations can make another great contribution to her international life-style. Her expat journey is far from over, after all. As Laurence herself would tell everyone who is planning to move abroad: “Life is an adventure. Just keep exploring!”

To find out more about Laurence, her work, and interests, have a look at her InterNations profile!