In his most recent contribution from Tehran, InterNations expat guestblogger Philip muses upon some morbid facts concerning Iranian traffic…

I was recently picking through some data in a trade magazine for international companies wishing to enter the Iranian market (not many these days) and stumbled on some quite morbid facts about this Middle Eastern nation. When I read the information, I was somewhat taken aback and attempted to rack my brains as to which other countries could possibly have a similar rate outside this region. Surprisingly, I came up short.

The three biggest killers in Iran per year are as follows: firstly, cardio-vascular diseases. Well, seeing the high concentration of smokers and the heavy red meat diets of kebabs and other usually fatty meals, I was hardly surprised. The second spot was taken by traffic-related deaths, and third came cancer – they do love those cheap, plentiful smokes around here. 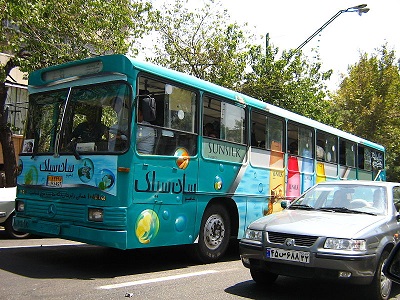 Now, number one and number three are hardly surprising, as these are the major causes of death in most industrialized countries today. But it was the traffic accidents, with a staggering 18% of all fatalities per year, that shocked me the most.

This got me to thinking about the ways in which Iranian drivers and pedestrians interact. Even before the revolution in 1979, my family used to remark upon the dangerous habits of the locals. But owing to mass migration to the cities and the sheer lack of enforcement of the rules, bad driving has become a plague perpetuated by every new ignorant driver adding to the mêlée.

Certain government offices have recently made efforts to get drivers to obey the road rules. With the addition of new speed cameras, better road junctions, and harsher fines, this has helped in some places, but the general mood on Iranian streets is still something akin to a Mad Max movie.

Outside the cities, on the long and winding roads to Iran’s pleasure ground by the Caspian Sea, you often see a Renault 5, rusted and dangling down, to warn drivers not to overtake on the two-way road head to and from Tehran. After a quick search on You Tube, you will come across some horrific sights of over-zealous drivers being caught out on these narrow lanes. 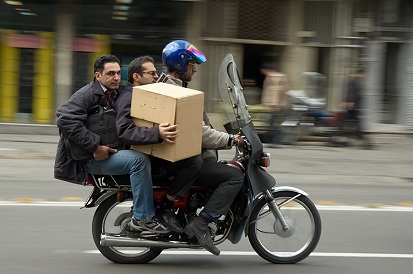 And that brings me to my next quandary: Iranian drivers. Iranians are so infinitely rude behind the wheel, but this is juxtaposed with their general friendliness in social situations. One friend once suggested that all the pent-up frustrations concerning Iranian society are released behind the wheel. Sometimes, I think he may be on to something.

I’ll end this dispatch with a quote cited to me by a friend who met up with a traffic coordinator from Germany. During their conversation. the German guy said to my friend: “The problem isn’t the technology or the layout of your road system. That’s all pretty much up to standard. It’s just that your drivers don’t give a damn about the rules.”