In our InterNations Recommended Blog interviews we let our members take the spotlight! In this entry, we are asking Rebecca from Mongolia to tell us her story. She has been living abroad for the last eight years, in five different countries, and Mongolia is just the latest stop in her long journey. If you’d like to know more about expat life in Mongolia, check out Rebecca’s blog Defying Gravity.

Please tell us a little bit about yourself. Who you are, where you come from, when you moved to Mongolia, etc.

I’m an art teacher for international schools, but someday I’d like to write and illustrate children’s books about traveling.

Originally, I come from Kansas City, Missouri, in the States, but I’ve been living overseas since 2004. Before coming to Mongolia, I lived in Korea, Bahrain, the UAE, and China.

When and why did you decide to start blogging about your experiences?

I’ve been writing on my current blog since fall of 2009. At first it was a way to keep my friends and family back home updated about what I was up to, in a less invasive way than the old mass-sent email newsletter. In the last year or so I’ve been trying to show with a little more depth what it’s like to live in a different country, especially since Mongolia is so different from most people’s experiences. 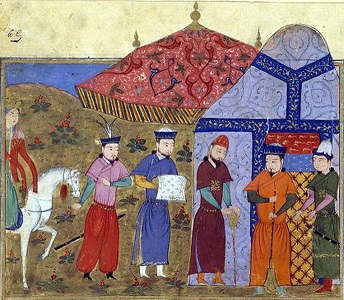 Do you have any favorite blog entries of yours?

• Last month we went to a celebration for Buddha’s birthday. It was one of the most beautiful experiences I’ve ever had abroad.

• I’ve been going out to Lotus orphanage, in Gaachurt, twice a month since last September. It’s been really fulfilling.

Tell us about the ways your new life in Mongolia differs from that back home. Did you have trouble getting used to the new circumstances? Did you experience culture shock?

In some ways, the countryside reminds me very much of where I grew up: wide open fields and streams! Ulaanbaatar is another story. It has such a Soviet-era feel to it, when you’re not surrounded by construction of new high-rises or out in a district full of yurts. 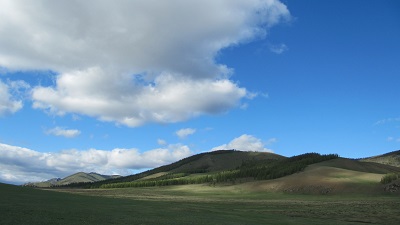 It is often really hard to find Western luxuries, such as sour cream or avocados, and events often happen without you being any the wiser – you really have to be proactive here. And the winters! “Bitterly cold with awful air pollution” just about sums them up. All that being said, I kind of love it here.

Do you think you were fully prepared for what awaited you in Mongolia? If you could, would you change some decisions/preparations you made?

I think the biggest surprise was exactly how cold it is here! My first ger (yurt) camp was the last weekend in August, and I woke up after the fire went out in the middle of the night, thinking it was too cold to even go out for the bathroom. Snow started falling regularly in October. I’d definitely pack some warmer clothes, especially layers, if I was preparing for it all over again.

Every expat knows that expat life comes with some funny anecdotes. Care to share one with us?

A dear friend and coworker was recently diagnosed with breast cancer, a trial she has faced with the most remarkable courage and humor. She was ready to return home for treatment, but her flight got cancelled due to the winds (something that happens often here!) so she was able to come to one last dinner with us. 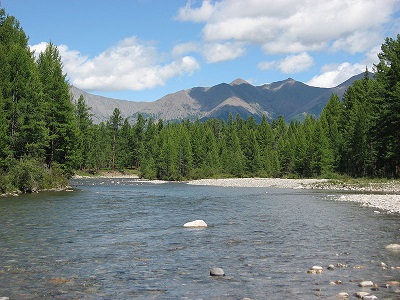 Afterwards, we went out and hailed a “cab,” which in UB means someone in an unmetered car stopped to pick us up and make a little money. Well, three of us piled into the back, and the driver set off for our destination. It was a little cramped in the back, and our friend joked that after she had her reconstructive boob job, they wouldn’t all fit back there. The driver laughed, and we wondered if he’d understood, but he didn’t give any other sign, so we continued talking about things that you would never talk about in front of strangers who spoke your language.

When we finally pulled up to our apartment, he told us our ride was free. I guess he did understand and was pretty amused by us.

Which three tips would you like to give future expats before they embark on their new life in Mongolia?

Bring lots of layers, and enjoy all your favorite foods before you leave your host country! There are lots of great restaurants here, but if I want good Mexican food, I have to make it myself. Also, think about getting an air-purifier. The pollution can be quite bad in winter, and having clean air at home helps you to stay healthy.

How is the expat community in Mongolia? Did you have a hard time finding like-minded people or fellow expats?

It wasn’t hard at all, this year. 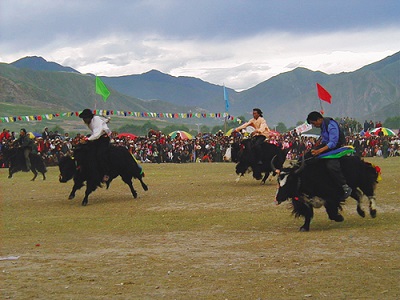 I was surprised at how many expats there are here. My school has a decent number of them, and I got along really well with a lot of them. However, most of my friends will be leaving soon, and this has led me to start connecting with people through InterNations, which has been pretty good so far.

How would you summarize your expat life in Mongolia in a single, catchy sentence?

By quoting JRR Tolkien’s The Hobbit: “You’ll have to manage without pocket handkerchiefs, and a good many other things, Bilbo Baggins, before we reach our journey’s end.” It is totally worth it, though!