After the famous Boston Marathon was overshadowed by the shocking bombings this year, it is perhaps time to remember what running a marathon is actually about: For many participants, it’s a highly personal event, an opportunity to push yourself to the limit, to discover new aspirations or make old dreams come true.

Such a race also brings people together in celebration of that challenge. The marathon community is international and diverse, uniting runners from all countries and walks of life: high school students on their first long-distance race and octogenarians who have run dozens of marathons, professional athletes and ambitious amateurs, wheelchair users and cancer survivors, or “just” highly motivated people looking for a special achievement to call their own.

Vessi, a Bulgarian expatriate and member of the InterNations LA Community, became one of them two months ago. It is her inspiring story that we would like to share. 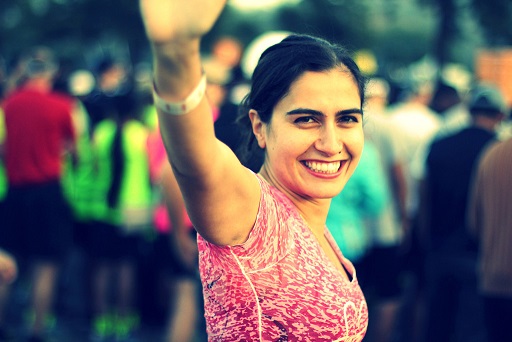 The Road from Plovdiv to LA

Originally from Plovdiv – a historic town in southwestern Bulgaria, now one of the most populous and prosperous cities in the Balkans – Vessi arrived in the States 14 years ago to pursue her higher education. After completing her degree courses in business administration and management, she stuck around.

Embarking on a career in the global finance industry, she has lived in the US ever since, the last four years in Los Angeles. She greatly enjoys the city’s amazing diversity (40% of all Angelenos are foreign-born), its sightseeing opportunities, and its vibrant cultural scene.

Her positive energy and her can-do spirit have helped her master expat life so far: the transition from Bulgaria to the US, the separation from her beloved family in Plovdiv, and the necessity to make new friends abroad. Last autumn, this attitude gave her the idea of trying something completely new.

Vessi has always had an avid interest in hiking and running, but she had never run more than six miles in a row. Still, she entered into a pact with a good friend – to take part in the popular LA Marathon and, if possible, to complete its famed 26 miles from the “Stadium to the Sea” in 4:30 hours, or less. 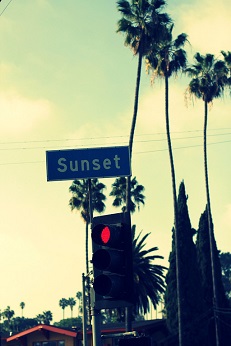 The training schedule was rigorous and time-consuming. Two short runs, two long runs, and several times of circuit training per week required a lot of self-discipline and persistence. “I had no time to do anything else but work and train,” Vessi recalls.

But she persevered. After all, she had made a promise to her friend and to herself, and she certainly didn’t want to let her running partner down. Ironically, it was him who was out of the race before the marathon even started. A few days before the event, he injured his knee during soccer practice.

So, on March 17, Vessi was on her own – as alone as you can be among 24,000 participants assembling in the Dodgers Stadium. The course ahead was to lead her right to the Pacific Ocean, from Downtown LA to Santa Monica, past such tourist highlights as the Chinatown Gate or Hollywood Boulevard.

Vessi had her personal cheerleading team with her: Her training partner and several close friends were waiting for her along the way. During the first part of the run, she still enjoyed the spectacles, the music, and cheering crowds, but it kept getting harder and harder. 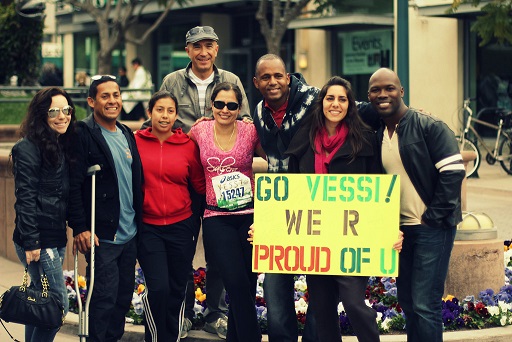 After she made it through Hollywood, West Hollywood, and Beverly Hills, mile 20 (the farthest she had managed in training) proved to be the biggest challenge during the actual marathon. “I felt nauseous and light-headed and nearly blacked out,“ she says. Nonetheless, she kept on running. Fortunately, she tapped some unexpected energy reserves on the last mile, with the finish line on Ocean Avenue already in sight.

Vessi did complete the course – in 4 hours, 16 minutes, and 56 seconds, 15 minutes less than her original goal. This personal victory is one of the most memorable and most fulfilling moments in her life, one of those times she really wants to look back on.

What will be her next challenge? Who knows…

You can read more about Vessi’s journey in an interview with her and our current InterNations LA Ambassador Jean-Marc.

And what do you count as one of your personal victories? Are there any challenges – especially regarding international life – which you are proud of overcoming?