Recently, InterNations founder and CEO Malte Zeeck paid a visit to our InterNations Communities in two very different cities with a big international population. Here are some impressions from his first trip.

In early April, I was invited to the wedding of a good friend, whom I have known since my high school days. Said friend also happens to be one of the first InterNations Ambassadors ever, though he is not active in this role anymore. The wedding celebration would take place in his expat home of eight years: Mexico City.

Thursday: A Pre-Wedding Party in Polanco

The nine million mega city is an 11.5-hour flight away from Munich, with a brief stopover to change planes in Frankfurt. After such a long journey, I was very glad to reach my cozy little hotel in Polanco. This popular district includes more than half a dozen affluent colonias (neighborhoods) of the Mexican capital, located north of large Chapultepec Park, a site of considerable ecological, historical, and cultural importance for the capitalinos. 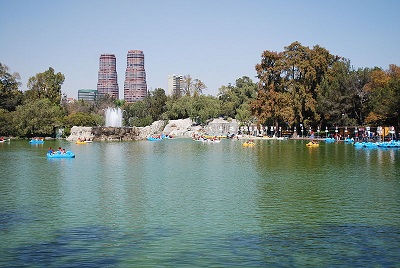 I arrived on a Thursday night, just in time for the pre-wedding reception hosted by the happy couple. On this occasion, I already ran into several InterNations members, e.g. Maria Piedad, another former Ambassador of our Mexico City Community, who had flown over from her new home in Cork to attend the festivities. And, obviously Danilo, the groom himself, an expatriate from São Paulo, who was about to get married to a wonderful girl from Argentina and had assembled a really cosmopolitan wedding party.

Thursday turned out to be a rather long (or short) night, since the first reception ended with a group of celebrants heading out to keep on partying at Joy Room. The club, discotheque and lounge is a highlight of nightlife in the Distrito Federal and a veritable playground for Mexico’s rich and famous.

After the celebrations on Thursday, I got to sleep in the following morning. But I had to make it to lunch with our team of current InterNations Ambassadors in the Mexico City Community. As so often when I get to know our most active members in person, I was amazed by their global backgrounds, globe-trotting ways, and international careers.

Heidi from Switzerland – where else could she be from, with a name like this? 🙂 – is a lawyer by profession, and a bon vivant and opera fan by inclination. She shares her Swiss heritage with her fellow Ambassador David, an entrepreneur with plenty of experience in finance, banking, insurance, and risk management. Hector, their half-Venezuelan, half-Spanish Co-Ambassador, is currently working with an education consulting company to promote exchanges between Latin America and Switzerland. 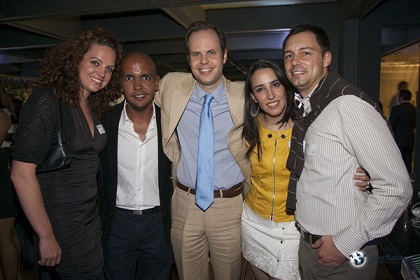 Only Alexandra, the fourth Ambassador in this large community with over 6,000 members, is an exception to the Swiss connection. She comes from a Spanish-British family and grew up in Spain. This background made it possible for her to move to Mexico City, where she is employed in the pharmaceutical sector and indulges her personal passion for salsa dancing.

The five of us met over lunch and a glass of wine at 2pm. In the business world of Mexico City, plenty of people stop working by three o’clock on a Friday afternoon to have an extended lunch – usually with more than a single glass of fine wine.

To honor this local tradition, we gathered at Pujol, a top-notch restaurant in Polanco, where you can taste their modern elaboration on classic Mexican dishes and traditional ingredients. While I’m no expert when it comes to gourmet dining, I thought that Pujol more than deserves its reputation as one of the 50 best restaurants worldwide.

The long lunch break had barely ended when it was time for my next meeting, this time at a bar in Condesa. Condesa is a half-Yuppie, half-bohemian neighborhood full of beautiful art nouveau and art déco buildings, as well as cafés, bars, and restaurants.

There I had the opportunity to talk to Roland, a German expat living in Mexico City, who is just trying to establish a new InterNations Charity Group in our community. He told me all about the challenges of working with local NGOs, his plans to support Ministerio de Amor (a Mexican charity which helps the many streetchildren in the metropolis), and his ongoing search for a Co-Consul to share this project with. If I was lucky, I thought, I could find a potential candidate at the upcoming Mexico City Event.

Saturday: An International Wedding and an InterNations Event

First things first: On the following day, there was a big wedding to celebrate. The reception was hosted in a country club in Polanco, on a beautiful spring afternoon. After the “official” part was over, quite a few guests could not sit still any longer. The dancing started early and went on for a long, long time. I would have loved to stay until the very end, when everyone had worn out their dancing shoes, but the InterNations Mexico City Event took place on the same night. 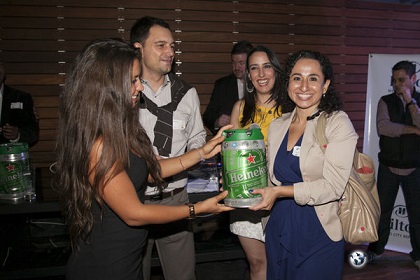 So I had to leave by 10 pm and make my way to the rooftop garden of the Hilton Hotel for our get-together. A big thank you to James from the Hilton staff for creating such a nice ambience, to our sponsor Heineken for providing a DJ as well as special treats (kegs of beer :)) for our prize raffle, and, of course, to our great Ambassador team for organizing it all!

During a short speech, I was able to thank them all and to name the lucky winners among our guests. I also seized the opportunity to announce our plans for the Charity Group project. Later on, a member indeed approached me to ask about the role of Consul for this group. Nothing’s official yet, but let’s keep our fingers crossed. Hopefully, we can soon kick off the latest InterNations Charity Group in Mexico City.

On Sunday, I then returned to the fold of the wedding guests. The bride and groom had generously organized a guided bus tour for their visitors from abroad. During the trip, we got to see the districts of Polanco and Condesa, as well as the Zona Rosa, another picturesque cosmopolitan neighborhood, which owes its name to the many pink-colored villas in the vicinity.

We passed by Zócalo, the historic main square, where mariachi musicians were waiting for a paying audience, the Teatro Municipal, and the Casa Azul, the former residence of Frida Kahlo, which now houses a museum dedicated to Mexico’s most visionary artist. 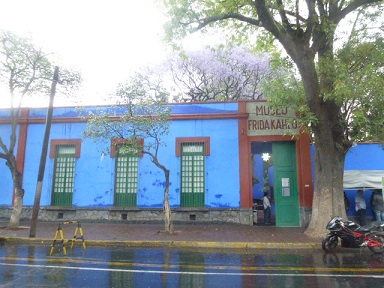 Luckily, I just about made it back to the airport to catch my flight home to Germany. Phew. It had been a great visit, though a tad stressful. As I tried to take a nap on the plane, I couldn’t help feeling a twinge of envy for the other wedding guests: Most of them were to join a one-week beach holiday in Cancún on Monday. But while I was still day-dreaming about tropical resorts and pristine white sands, I must have dozed off after all…