To those who haven’t lived in Japan before, winter might not seem like the ideal season for exploring the country. Foreign tourists prefer spring or autumn for seasonal travel, when temperatures are mellow and you can join in the national passions of flower- or foliage-viewing (hanami or koyo, respectively): from February till May, there are the blossoms of cherry trees (sakura), plum (ume), and peach (momo) to admire. During the autumn months, colorful leaves offer a similar spectacle.

However, as expatriates and more seasoned travelers will know, you should not underestimate the considerable charms of Japan in winter. Moreover, December is a good time for traveling, at least until the 20th of the month, or thereabouts. Christmas is not an important holiday in Japan, although its secular trappings are popular for decorations, shopping, and spending a romantic evening as a young couple together. Domestic travel, temporary shop closures etc. don’t start before the last week of the year.

What can you do to take advantage of this comparatively quiet season?

• Obviously, this is an ideal time for winter sports. Hokkaidô, Japan’s northernmost island, often remains off the beaten track for the international tourist on a tight schedule. When it comes to cultural and historical sights, it’s somewhat less interesting than many attractions on the main island, especially in the Tokyo area and the Kansai region. However, Hokkaidô boats unspoiled nature with plenty of national parks, from serene beauty to rugged wilderness. 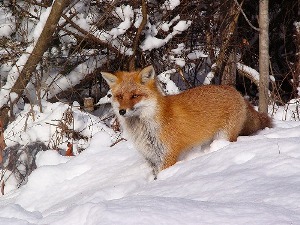 Hokkaidô‘s cold climate with icy winters and lots of powder snow makes it a great place for skiing and snowboarding. Resorts like Niseko or Rusutsu all have a really well-developed tourist infrastructure. The first is especially popular among international visitors from Australia and New Zealand, while the second is known for its proximity to Lake Toya, part of the Shikotsu-Toya National Park.

If you’d like to stay on Honshû, though, there are enough other ski resorts in the Japanese Alps. For example, Yuzawa is only a 90-minute train ride away from Tokyo. Just like Rusutsu, it is also of interest for people who aren’t really into skiing since it’s a famous onsen town.

• If you don’t want to physically exert yourself on the slopes, but rather prefer to relax, an onsen in winter is just the thing for you. These traditional Japanese spas have usually developed in places with hot springs of volcanic origin – for obvious reasons, there are plenty all over Japan. In the cold season, you can immerse yourself in a natural outdoor pool and soak in hot water while admiring the snow-covered scenery. 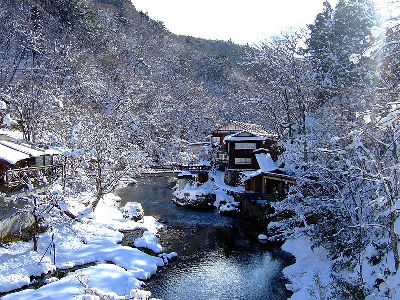 Places to go for the typical winter onsen experience are, for instance, Osawayama in Niigata prefecture or Maguse near Nagano (the city famous for hosting the 1998 Winter Olympic Games). If you are planning to stay in a ryokan (a characteristic Japanese inn), you should do two things in preparation, though: first of all, read up on proper etiquette for inns in spa towns, and second, slaughter your piggy bank for the travel budget. Despite their simple (but tasteful) furnishings and quiet locations, ryokan are hardly the cheapest type of accommodation – but the price is usually well worth it.

• Other towns and cities in Japan may not have hot springs to advertise in winter, but they pride themselves on their splendid illuminations. Sendai in northeast Japan organizes the annual “Pageant of Starlight” in December, with millions of fairy lights adorning trees and buildings in the inner city. However, the town in Tohoku prefecture was among the places hit rather hard by the devastating natural disaster of March 2011. It is also not that far from the damaged nuclear reactor at Fukushima, so its popularity among visitors from abroad has taken a recent downturn.

Still, even in winter 2011, the inhabitants of Sendai proceeded with their illuminated pageant as usual, and the city lights will blaze again from December 7th onwards. 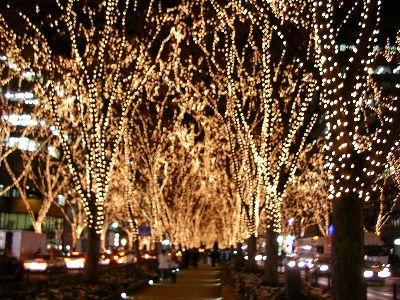 Alternatively, you might visit Kobe for its light shows and artistic light installations. In this case, they were actually introduced in memory of the catastrophic 1995 earthquake, but they have turned into an aesthetic event of their own.

• Last but not least, you could celebrate the New Year in Japan. However, in the last eight or ten days of December, traffic will be getting busy. The time around New Year’s Eve and New Year’s Day (shogatsu) is actually the most significant holiday for most people in Japan, and everyone spends it with their family if they can. The New Year is a time for new beginnings, fresh starts, and wiping last year’s slate clean, so to speak.

Part of the traditional New Year’s celebrations is therefore the first visit to a nearby shrine or temple (hatsumode). Perhaps you can even manage to be there on December 31st at midnight, when the large temple bells are rung to usher in the coming year. Please take note, though, that famous temples or shrines, like the Fushimi Inari Taisha near Kyôto, draw throngs of visitors over the holidays. In 2006, for example, the number of worshippers at Fushimi Inari hit a new record high, with nearly 2.7 million attendants. Also, due to people taking off some time from work, most museums and stores are closed for a couple of days. You should consider this in your itinerary.

What are your tips for exploring Japan in winter? Or what are the seasonal attractions where you are living right now? From must-sees to insider tips, please let us know!

(If you’d like to read more about expat life in Japan, try the InterNations Japan Guide or our Japan Zone guest entry on expat living in Japan in times of uncertainty.)