InterNations member Scott and 5 other adventurers are setting off on what could be the trip of their lives this coming Saturday, and we on the InterNations blog will be accompanying them … virtually, that is …

“What the heck is a Shoebaru?“ 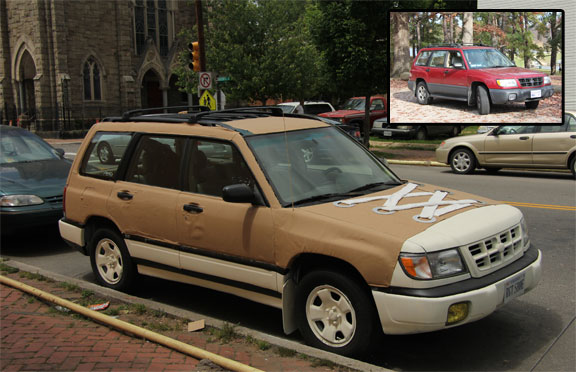 Well, in the first instance, it is a 1998 Subaru Forester done up to look like a shoe… Beyond that, Shoebaru stands for a team of six young adventurers on a charity drive from Goodwood to Good Hope – Goodwood being a famous racetrack in the South of England, and Good Hope of course the Cape of Good Hope in South Africa. It’s a 13,000 mile journey that will take them through Europe, the Middle East, and down East Africa. The exact route will depend on the political situation in the countries along the route, but the plan is to cross 30 countries in three months.

“Why are they doing this?”

For the same reason that James Thomas, who we introduced to you in the blog post Around the World, Around the World is walking around the world: to raise money and awareness for charity.

Team Shoebaru has partnered up with two charities – The Awassa Children’s Project and charity : water. Thus, by donating money through the Team Shoebaru website, you can either help built and outfit a school in an orphanage in Southern Ethiopia, or you can do your bit to provide clean, safe drinking water to people who need it all around the world. Just read up on any of the organizations by following the links from the Team Shoebaru website and then pick the charity of your choice!

“Who is this Team Shoebaru then?” 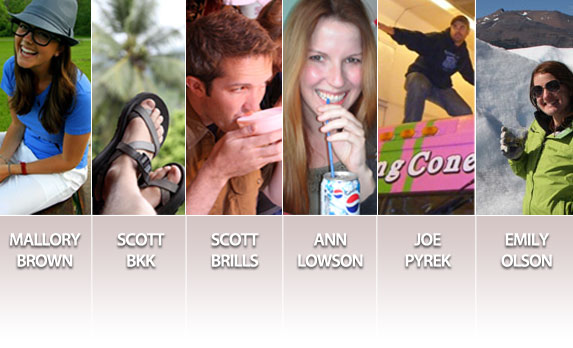 Team Shoebaru are an international entrepreneur, an attorney, a surgeon, an analytics engineer, an IT specialist, and an apparel company owner who all have one thing in common: their love for doing unusual stuff and pushing themselves to the limits. All of them feel passionate about the charities they are supporting, most of them having participated in charity rallies or projects before. One team member, Mallory, has even integrated her own charity project in the apparel company she owns: World Clothes Line matches every item purchased with a new item for someone in need. So far, the WCL team has personally delivered new clothes to people in need in Peru, Indonesia, and the United States. The Shoebaru trip will now extend this programme to Africa.

“When is it all happening?”

The official start of the trip is Saturday, 14 July at the Festival of Slow on and around the Goodwood Motor Circuit in West Sussex, UK. If you are anywhere near there and fancy a little weekend trip with a sufficient dose of craziness and pomposity, make sure to join in and give Team Shoebaru a proper send-off!

Team member Scott Brills being a long-term InterNations member, there was of course also a special InterNations send-off event in Detroit for Scott and Mallory before they left for the UK in June. You can see pictures from this event here.

We are also hoping to organize a number of InterNations events for our members to meet Team Shoebaru along the way. The first one has already been confirmed: The InterNations Munich Travel Group meets Shoebaru event will take place on Sunday, July 15. Do come along if you’re in Munich on that day!

Watch this space for more information on upcoming Meet Shoebaru events and for regular updates from the Shoebaru team members themselves! Team Shoebaru will be a regular feature on our blog between now and October, when they will hopefully reach their destination.