The recent Whitsun weekend afforded working folks and students in Germany a long bank-holiday weekend, and InterNations founder Malte Zeeck took the opportunity to fly out to Turkey and visit our Istanbul expat community. He tells us all about his trip below…

Istanbul is one of my favourite cities in the world. This beautiful city on the Bosporus, connecting the Black Sea to the Sea of Marmara, has always been a place where the West meets the East, where the old encounters the new, and where history has been written. Established around 660 BC on the European side of the Bosporus under the name of Byzantion (Byzantium), the city has seen both Greek and Persian rule before becoming part of the Roman Empire. In 324, Emperor Constantine replaced Byzantium with a Christian city, and so Constantinople was born as the capital of the Byzantine Empire. In 1453, it finally became the capital of the Ottoman Empire. All these different rulers and empires have left their mark on Istanbul, and as a visitor, it is a fantastic experience to just let that overwhelming sense of history engulf you. And the best of it is – it’s just a 2 hours and 20 minute flight away from Munich! 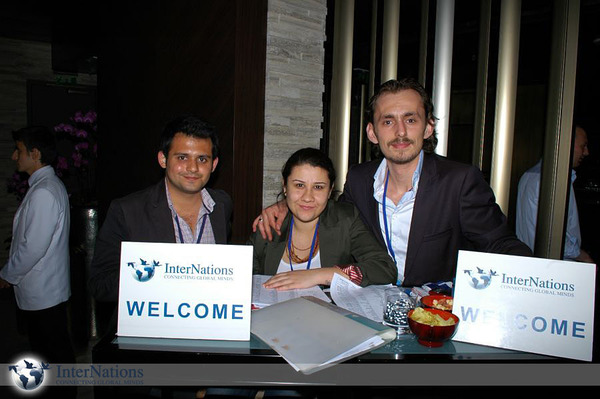 One of the reasons for my visit was the Istanbul InterNations May Get-Together, a special event held to say thank you to our local Ambassadors Metin and Gundula, and unfortunately also good-bye to the latter: Gundula, our very first InterNations Ambassador, is leaving Istanbul after 7 years and moving to Beijing with her family at the end of the month. Under her auspices, Istanbul has grown to become one of the biggest InterNations Communities worldwide (with around 12,000 members), and it is also one of our most active Local Communities. Just as well then that Metin could welcome two new additions to the Istanbul Ambassador Team at the event: Füsun from Germany and Chris from Scotland will take Gundula’s place and help Metin organise events, introduce newcomers to the Community, and liaise with the InterNations Team back in Munich. 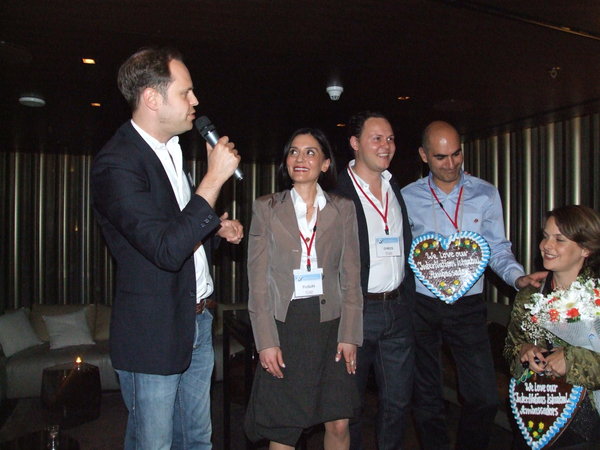 The event took place in the Istanbul Edition, one of the most luxurious hotels in town. As the guest list was limited to 300, it didn’t feel too crowded, so I actually got the chance to talk to a lot of people – something also helped by the fact that this was predominantly a networking event, so there was no loud music before 9.30 pm. First of all, however, I gave a little speech to thank Gundula and Metin for all their hard work and dedication as InterNations Ambassadors. I surprised them with some typical Bavarian ginger bread hearts I had brought over as a little token of our gratitude and a souvenir from Munich.

Afterwards, some serious mixing and mingling was on the agenda. Our Istanbul Community has plenty of active members and Activity Group Consuls, so there was a lot to talk about. 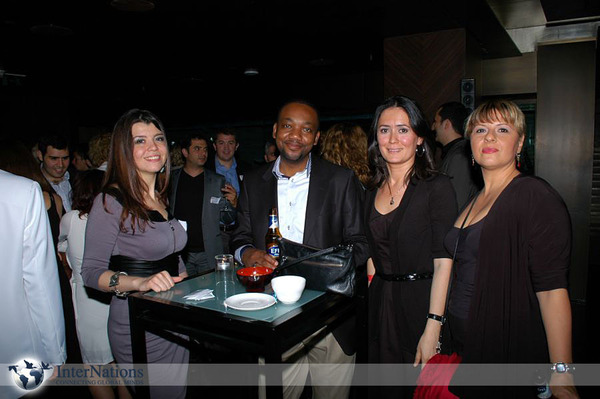 Almost everyone could give me valuable feedback on InterNations and had suggestions for potential improvements to our website. I spent the later part of the evening sitting on a couch, while one member after another came to sit next to me. It was a pleasure to see how engaged everyone was. The fact that the people I talked to really cared about InterNations and had put some thought into making it better showed me how much it has become a part of their lives abroad. I remember one man in particular, who told me how good an impression his being an InterNations member had made on the woman who is now his wife, what with being part of a global network of open minded and international people 😉

All in all, it was a great evening, spent over a few Efes beer and some snacks provided by the hotel. I hope the event was a worthy send-off for Gundula and a promising welcome for Chris and Füsun! 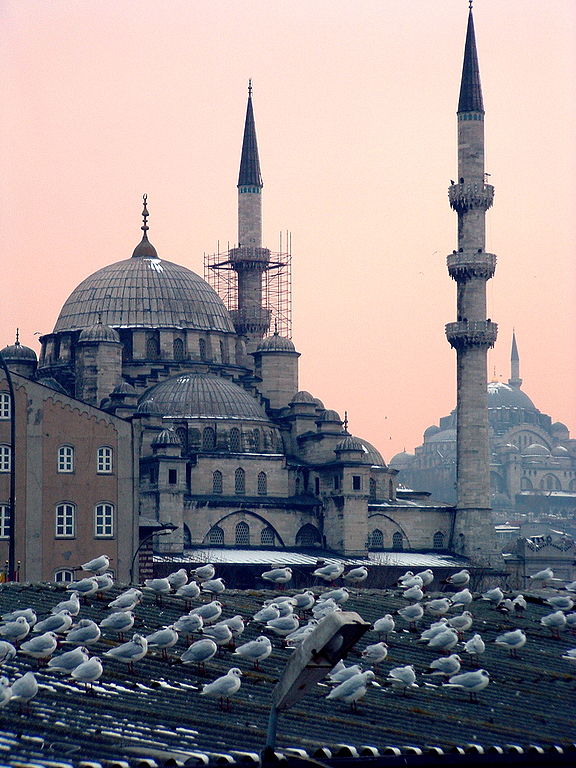 Although it was pouring down with rain during the event, I enjoyed perfect sunshine for the rest of the weekend. Remembering my recent visit to our London Expat Community, it was a funny reversal of circumstances. (You can read the diary entry about my trip to London here.) I wandered around Taksim and Istiklal, I took a ride on the Tünel, an underground funicular with only two stations (the second-oldest subterranean urban rail line in the world), and I climbed up Galata Tower with its scenic views of Old Istanbul and its environs. I also visited the ancient district of Eminönü, where the oldest settlements of Byzantion used to be. Eminönü is the historical centre of the city, with world-famous sights such as the Hagia Sophia, the Blue Mosque, the quarter Sultanahment with the old palace Topkapi, and the city’s most important bazaars. A boat ride on the Bosporus, taking me from the Marmara Sea to the Black Sea, was the perfect conclusion to a wonderful weekend.