Melanie from Los Angeles finds love with an Italian winegrower visiting California for a wine seminar who came into her wine shop. After a few months of leading long distance relationship, she decides to risk it and let go of her security blanket in the States and moves to Umbria in Italy. She shares her story with us: 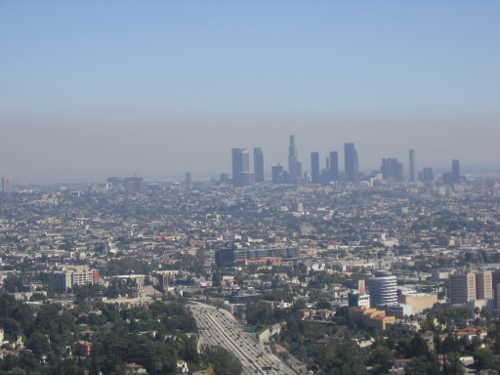 I remember the exact moment it happened. He came in to the shop as I was just explaining the taste of Chianti to a customer and somehow I stumbled over my description. When he came to the counter to enquire whether or not we had any Umbrian wine, his smiling eyes distracted me so much that I couldn’t concentrate on the question! This has never happened to me before – love at first sight I would say!
He asked me out directly for coffee and as dumbfounded as I was I agreed, even though I thought ‘How cocky! Typical Italian!’ once my nerves calmed down and I could think clearly again. Well coffee was delightful and we saw each other pretty much every day we could in the two weeks he was in the area. When he went back to Italy there were tears on both sides and I was deeply heartbroken, but we decided to see if things could work out. 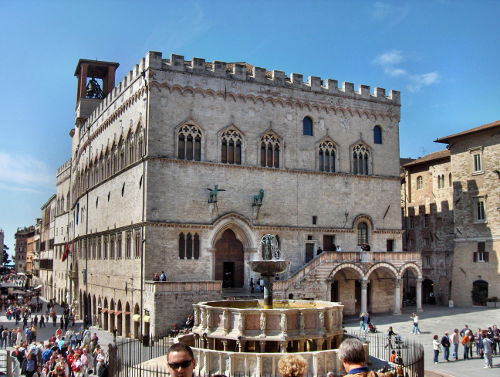 I am not a long-distance relationship person, at least I didn’t think I was, and my intuition, as always was right: I missed him terribly, I was irrationally jealous, the time zone difference drove me crazy and things were just not the same. After yet another argument on the phone about why he wasn’t there to talk three hours ago he promptly asked me to move to Italy. I froze. I had never dreamt of that. In my mind, he was going to come back to L.A. and we would buy land, plant grapes and raise a lovely family, I definitely did not ever think of moving there myself. But it made sense. After all, his vineyard was family-owned and he inherited it from his father. It would be much more difficult for him to leave than for me – at least that was his argumentation. 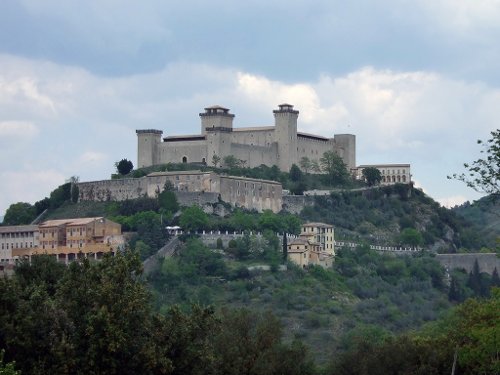 I thought long and hard about this proposal. I spoke to my family and friends and wandered the streets of L.A. to figure out whether or not leaving the city I was born in and grew up in was something I could envision myself doing. During a dinner conversation with my parents my mom asked me why the heck I was still thinking about going to Italy and not already on a plane to Umbria. She went on to tell me that sometimes in life you need to do something completely out of character and daring otherwise you will regret it for the rest of your life. My father joined in to tell me that a plane ticket to Italy in no way barred me from ever returning to the States and I could always try out living in Italy with Giuseppe, sublet my apartment for around 6 months, and if things didn’t work out there were return flights to L.A. Somehow this conversation convinced me to give life in Italy a shot, so off I went to plan the beginning of my stay abroad. 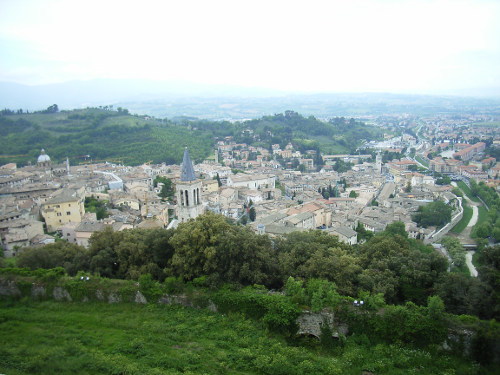 Giuseppe’s vineyard was near Spoleto so I had to fly to Perugia where he picked me up and we drove through the amazingly breathtaking landscape to his home. I literally thought I was dreaming – it was so gorgeous!
To make a long story short, despite my fears of jumping off the deep end into unknown waters, I am very happy here. The people are incredibly hospitable and I think my first two weeks of living here were spent eating and drinking and listening to the lovely dialect (which sadly I did not then master). As Giuseppe’s American girlfriend, I was quite the hit and talk of the town as well. Since his family and their vineyard were known throughout the area, quite a few ‘neighbors’ dropped by for a visit the first couple of weeks. 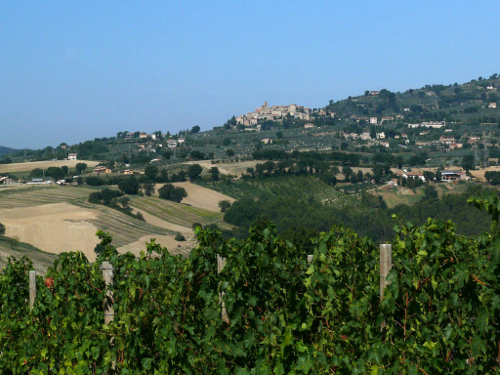 Since I knew something about wine I was able to help Giuseppe out and when it became clear that I would be staying, I proposed the idea of opening a small wine shop near the wine cellar to sell some wine directly to people driving by. This idea has since flourished and my little own wine shop has become quite the tourist attraction!
In the end I am eternally grateful to my parents for semi-pushing me off the deep end and encouraging me to take the plunge! We are awaiting a little boy sometime this spring!