Lynette from Wales moved to Hong Kong for work and shares her initial impression and surprise upon arriving in the “fragrant harbor”.

When I initially moved to Hong Kong I thought I was going to be living in a completely different country. I expected different architecture, obviously different food, different nature, basically everything to be totally different than what I was used to in Wales. Well I was in for a surprise! 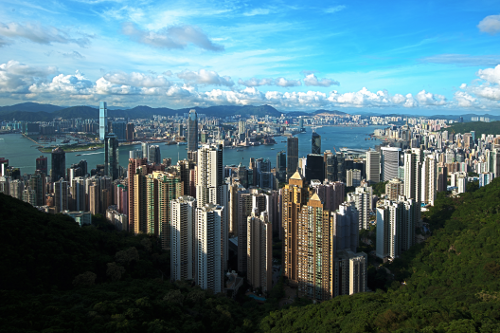 I landed at the Hong Kong International Airport and after getting my luggage and going through customs and was rather bewildered at what awaited me. One has these stereotypical visions of what Asian countries are to look like – at least I did. I don’t know exactly what it was I expected, but it certainly wasn’t this. I boarded the Hong Kong Express into the city, and just as the website exclaimed, I made it in about 25 minutes! This was impressive, because almost all public transport I’ve ever been on has always had some sort of delay or other…

The first thing I tend to do when arriving in a new city is to go for a long unplanned walk. I take a map with me for security purposes, but I don’t have any destinations on my list, rather I happen upon them by chance. I need to do this in order to get my bearings, especially in a city as large as Hong Kong! 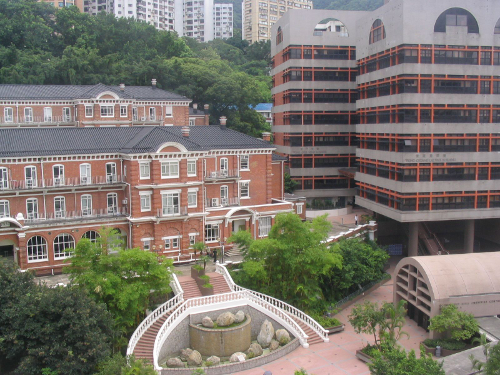 On my walk, I passed the (to me) strangest combination of architectural designs. You have very sleek extremely tall skyscrapers and the colonial style houses in the same area! It was a very bizarre feeling I must admit. The colonial era houses and the high-rises made me feel as if I were walking either through New York City or some country town in Wales! I felt majestic and tiny at the same time. It was as if I were a small non-existent person right in the middle of a concrete jungle, to use that famous saying. What also got to me was the fact that despite feeling solitary and insignificant I was walking in the midst of a mass of people. Literally a huge stream of people passed by me, at some point I even thought I was going to get claustrophobic! 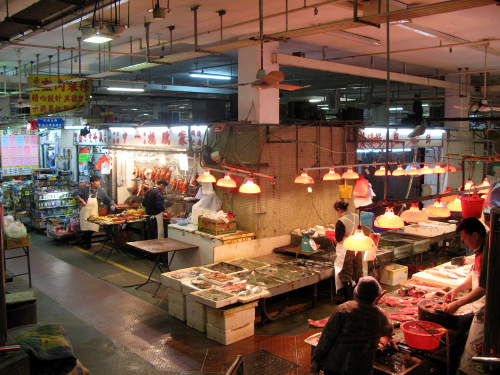 Additionally, I loved the smells that came from every corner. Spices wafted through the streets and gave me the feeling that I was standing directly in a kitchen. I decided I had to visit a market and as if this were on my random route, I landed in one! I meandered through the aisles and marveled at the incredibly strange and colorful offerings. Sometimes I was unsure of whether I was looking at something edible or whether it was more for decoration! 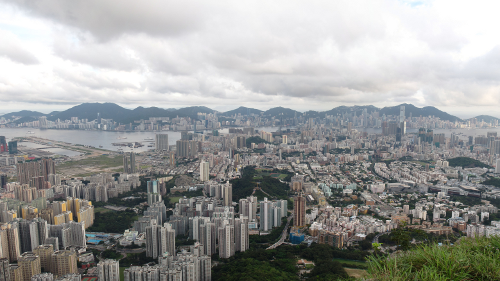 Back out in the hustle bustle of Hong Kong’s street life, especially now that it was rush hour, I got the thrilling feeling that this was going to be quite a year!

When I returned to my efficiency that evening, I wondered if this feeling of awe would ever dull down in the course of my expat assignment here.
But let me tell you this, waking up in Hong Kong never gets old!