Josephine from Toronto Canada took a backpacking trip through Brazil one summer, ended up falling in love, and is now raising a family in Porto Alegre. She tells us of her transition and why she fell in love with Brazilians and their culture. 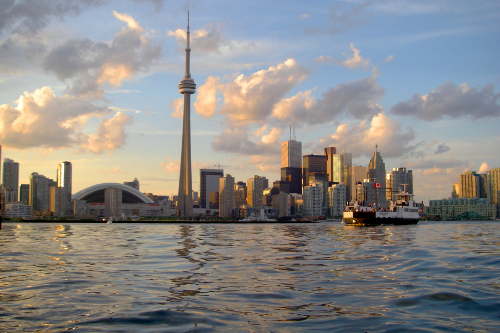 I never thought I was the type who could live abroad. Although I absolutely loved to travel and needed it to survive, I was very attached to the city I was born in and in which all my friends and family lived: Toronto.
Granted it may not be the most breathtaking of Canadian cities, but it is home to me. Well it was anyway. It all started when I decided to quit my job because I needed a change of scenery. I had just ended a nine year relationship and was tired of feeling down all the time. Since I had some money saved up, I decided to take this opportunity to go to Brazil. I always wanted to visit this lush country, but my ex was not a fan of South America (one of the many reasons it was just not meant to be!), so I had always put that dream on the backburner. But no more, so I packed up my rucksack and flew the ten hours to Sao Paulo where I decided I would begin my trip.

Aside from the obvious differences such as landscape, scenery and of course weather, I felt like I was on another planet! Brazilians are extremely warm and friendly people. On my travels through this breathtaking country I met hundreds of people who were genuinely open and interested in me. I not only discovered the incredible beaches and tourist spots but was invited into people’s homes, to eat with them and to really learn about Brazilian culture. Despite my lack of Brazilian language skills (I had, I am ashamed to say, none), I quickly learned how to speak simply because they were willing to teach me! 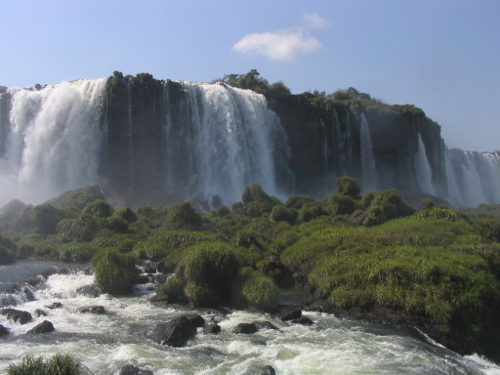 It’s funny because I had always envisioned myself travelling through Brazil alone, occasionally meeting other travelers, yet I was rarely left to my own devices! For example, I met a very nice couple in Sao Paulo, and they gave me the address of his brother near Iguaçu Falls, where I was able to stay for a few nights, and from there I was invited to spend time at the brother’s wife’s mother’s apartment in Manaus, and so on. In fact I rarely ever stayed in a hotel or hostel! 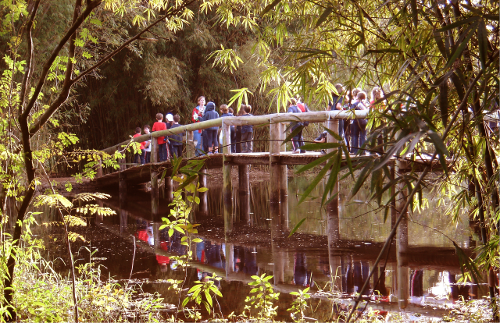 I also met my husband here. Despite having originally come to Brazil running away from an ended relationship I ran right into the next one! I met him shortly before I was planning on flying back to my ‘real life’ in Canada. I was visiting Porto Alegre, because I had always heard (from my many newly acquired Brazilian friends) that it was an absolutely stunning city. Plus the name – Happy Harbor – somehow made me feel very welcome! I went to the botanical gardens on my second to last day in Porto Alegre and sat on a bench to rest a bit and reflect on the past two months of my life. I was promptly approached by Marcelo who began chatting away at me as if we had known each other for years. It was probably one of the easiest dates – if you want to call it that – I had ever been on! 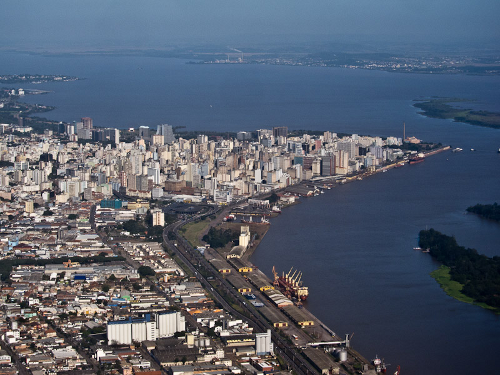 And now here I am a resident of Happy Harbor and married to Marcel for 3 years with a two-year old son and another baby on the way! How strange indeed that life sometimes does not turn out at all how you planned it – but much much better!