Sinéad from Cork Ireland joined her husband Darragh on his expat assignment in Bali Indonesia. She was currently working on editing her mother’s memoirs, so finding an occupation on the island whilst her husband worked was not an issue. The big problem came six months into their stay abroad when she found out she was pregnant. As neither of them were prepared for having a baby, nor had they informed themselves of healthcare in general and prenatal care in particular before going abroad, it was slightly difficult to get habituated. Sinéad – now the healthy mother of young Simon – tells us her story on preparing to give birth in Indonesia. 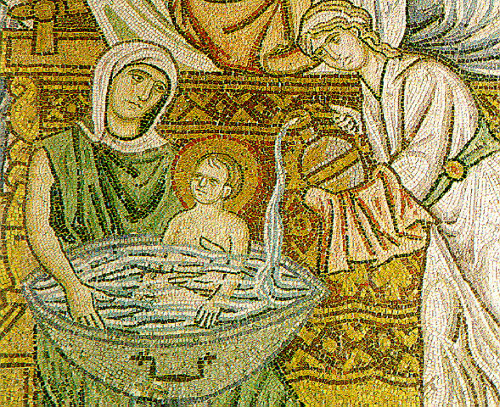 I was both thrilled and terrified when I heard that Darragh and I were about to become parents. I was excited because I had always wanted to have children, and since I had quit my job at the PR agency I was working at in Cork and begun with the memoirs, I figured I now had enough time to also have and take care of children. I was petrified because I didn’t plan on having them overseas. Loads of questions zapped through my head after I left the doctor’s office: Did I really want to raise my children in Indonesia, where I myself have only lived for six months and don’t really call home? What are the medical facilities like? Are obstetricians and prenatal care good in Indonesia? 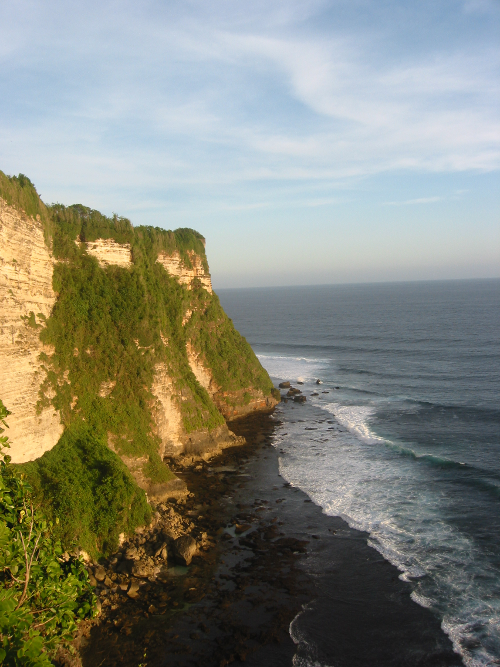 I began to ask some of the other expats Darragh and I had met since living here for information regarding healthcare in Indonesia. One of Darragh’s coworkers’ wives, Lucy, was especially helpful and supportive. She explained the difference between the various clinics and hospitals in Indonesia to me and introduced me to her husband’s sister, who was a pediatrician in a clinic in Jakarta. The thought had crossed my mind to go back to Ireland to have the baby since I felt slightly more secure about healthcare and doctors there. But after endless late-night discussions on this topic, Darragh and I decided to have the baby in Indonesia, after all I am sure he/she would enjoy saying they were born in Indonesia when they’re older! 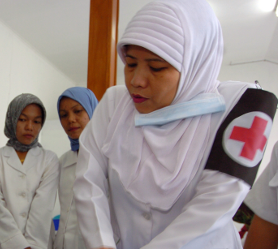 I also found that it helped having my anxious family try and stop me from this ‘colossal mistake’, as my mother was fond of saying, because it made me more resolute to prove them wrong! With the help of Lucy’s sister-in-law, I was able to feel less anxious about the situation and concentrate more on the joys of being pregnant! I registered at the local hospital and was assigned an elderly midwife who was probably one of the most charming and kind people I have encountered thus far in Indonesia.

I learned that in Indonesia, my child will not automatically get Indonesian citizenship if his father is not Indonesian himself. Since Darragh and myself are Irish nationals and wanted the baby to share our nationality, it was a whirlwind of paperwork for a while. I contacted the Indonesian immigration office, which was quite complicated to get through to, and once I was finally able to express myself properly, I learned that there is a strict procedure for registering a foreign birth. It would also all only be possible within 14 days after the birth.

In addition to having all these bureaucratic things to worry about, the weather was getting exceedingly hot and humid and being pregnant in such weather is far from any discomfort I have thus far experienced! The good news was that my lovely midwife gave me the recipe for some tasty and truly refreshing meals to prepare which helped cool my days.
It was interesting because along with all the normal medical care – which I will admit, at least to make my mother happy, was not exactly at the same standards as what I would have received back in Cork – there were also tons of tips on traditional ways to ease the discomforts of a pregnant woman. 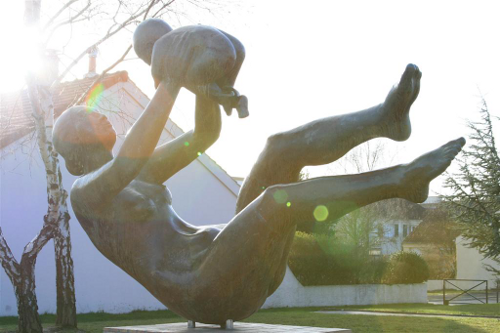 With less than 1 month to go, I am getting quite anxious to find out whether or not everything will go smoothly. I’ll admit that I had a few bouts of anxiety and almost packed up my things and carted my way back to Ireland, yet I am also glad that I will be giving birth to our son in this somewhat chaotic yet beautiful country. I have looked over the facilities countless times with Lucy, her sister-in-law and of course my trusty midwife. Here’s to hoping everything will turn out alright!