Cheryl from Scotland recounts her experience at her Turkish boyfriend’s sister’s wedding in Istanbul.

I was wholly unprepared for the amplitude and complexity that awaited me at Selim’s sister’s wedding! I knew, from what Selim had told me that Turkish weddings were celebrated much more extravagantly than we would ever do, although I had always imagined my friends’ Scottish weddings to be rather over-the-top. Perhaps it’s because in my fantasies my wedding will take place among closest family on some Caribbean island in swimsuits! 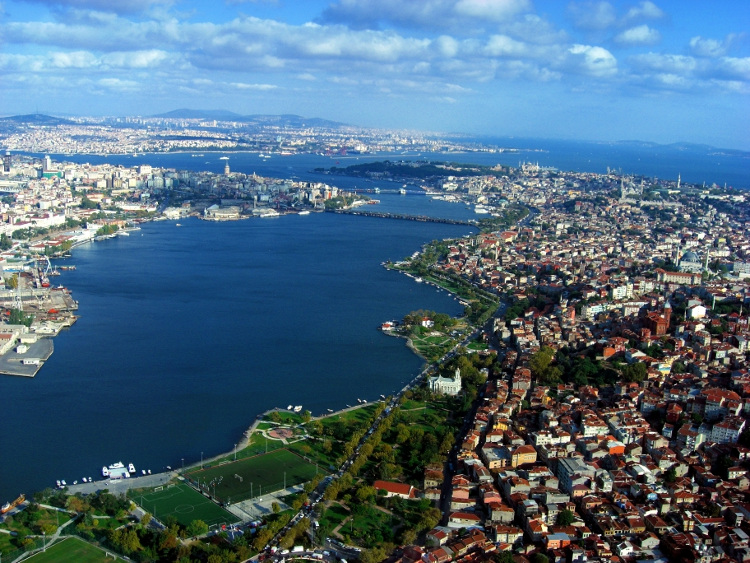 We arrived in Istanbul on a glorious April day and were picked up by Nazan, Selim’s sister. She was chatting away excitedly about the preparations and the hors d’oeuvres and kept asking me what I thought of a fancy up-do. I hadn’t even considered hair yet – the wedding was five days away!

I learned that traditionally a Turkish wedding lasted 40 days and 40 nights, but due to modernization it was cut down to 2 or 3, especially in urban areas. Selim’s family decided to stick to the two days and we jumped headlong into joining in the celebrations. I was sent off to join the womenfolk in what is considered the most important part of a traditional Turkish wedding, the “kina gecesi” or henna dying. Only women are allowed to participate in this and it takes place at the bride’s house. So everyone gathered at Nazan’s house: aunts, grandmothers, cousins, nieces, nephews, close friends and their aunts and mothers and grandmothers, etc. 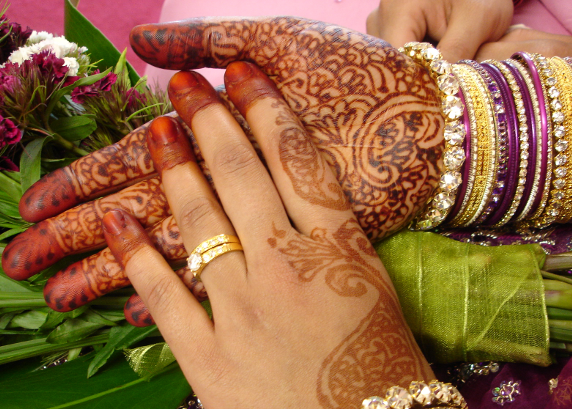 The ritual went something like this: we all sat in the living room with Nazan on a chair in the middle covered by a red veil. Then the younger girls entered the room carrying candles and a tray of henna and walked around Nazan while everyone sang songs. After the songs came a prayer session, and then one of the women dripped some henna from one of the bowls into Nazan’s palms. She had to clench her fists until her mother-in-law got up and placed a gold coin in her hands symbolizing wealth and luck, and finally a red cloth was tied around both her hands. Afterwards, the henna tray was passed around and all the guests got to drip some onto their hands. Then began the eating and dancing and singing! Late into the night we stayed and celebrated! 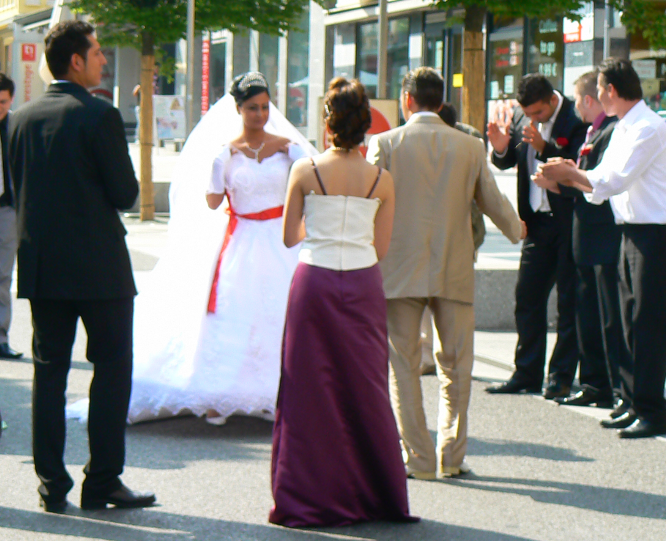 The next day we got up bright and early and were shepherded to the hair salon by Nazan. Very intricate hair styles were created on Nazan and her sisters-in-law while I opted for a less daunting upsweep. I think we spent a good four or five hours in the hair salon! In the meantime, the groom and all the men were off at the barber’s getting beards and goatees trimmed and then readied at the grooms house and came to pick up Nazan and us girls.

We were chauffeured to the hotel conference center where the ceremony was to be held. I was amazed at how much effort and detail had been put into the decorations! Dozens of round tables decorated with elaborate floral arrangements and shiny cutlery were arranged in the room, a small stage with a piano player and musicians played as we entered and the din of voices made my ears ring! In Turkey, greetings are taken very seriously, so everyone first greeted the bride and her family personally, resulting in my learning a lot of names that I cannot remember and kissing a lot of cheeks! 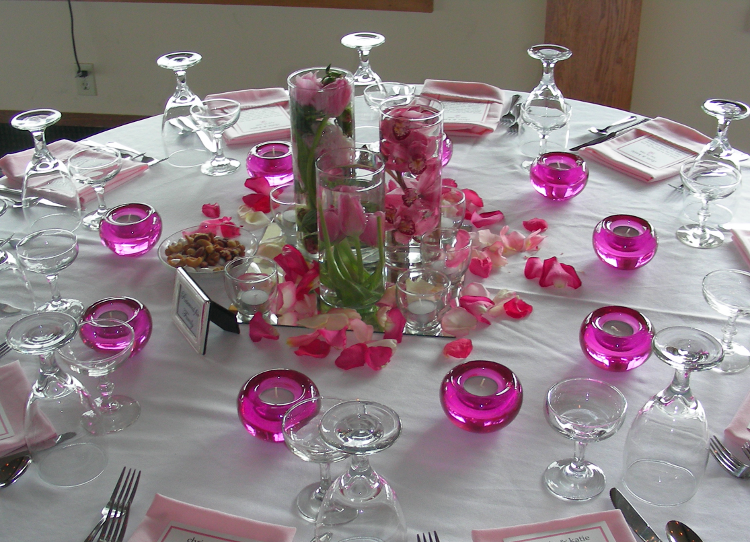 Nazan, followed by some of her female relatives, walked around the room with a small basket and greeted the guests again separately. Nazan was dressed in white with a red sash around her waist and a red bow in her hair. At first I didn’t realize what the women were doing while they kissed Nazan on both cheeks: they were pinning gold coins to her sash or dropping them in the basket and slipping gold bangles onto her wrists! I later asked Selim what that meant and he told me it was also for good luck and prosperity during their marriage. 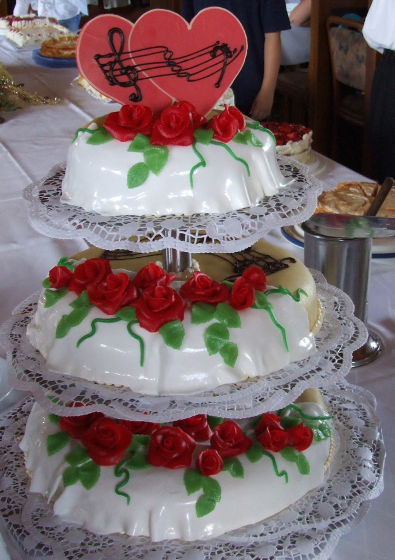 After we had all been ushered to our tables, the couple went up on stage where the registrar took their oaths and eventually pronounced them man and wife! After much cheering began the eating. I cannot tell you how much delicious food I consumed that day – luckily, I think I also danced most of it off! At some point late into the night a gigantic wedding cake was delivered which Nazan and her husband Veysel cut and offered to guests. We all stayed talking, dancing and eating well into the early morning.

It was an absolutely spectacular two days and I can honestly say that I am looking forward to getting married to Selim and having a Scottish-Turkish wedding! Here’s to kilts and henna!