InterNations co-founder Malte Zeeck visited the Duesseldorf Expat Community’s May Event in order to say goodbye to the Ambassadors and look around for potential new ones. He also met up with the Bonn Community Ambassador to chat about future Events. Read on to find out what he experienced! 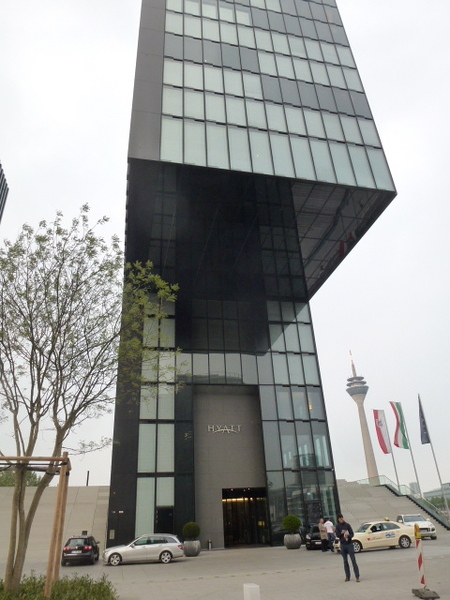 185 members on the guest list is a record for the Duesseldorf InterNations Community! Members made sure to come because the venue for the Event was quite special. First off, the location of the event was the DOX Bar at the new Hyatt Hotel in Duesseldorf’s media harbor. The five-star hotel opened in 2010 and for many attending members this was a great opportunity to check out this location. Secondly however, most members pouring into the bar wanted to get the chance to say goodbye to Javier Esteve, who has been serving as the Duesseldorf InterNations Ambassadors for the last two years and who hosted his last InterNations Event in Duesseldorf that night. Javier is from Valencia and has been working as an international project manager in Duesseldorf since 2008 and recently decided to move back to his home city. Since his Co-Ambassador Veronika Hemesath, who was unable to attend the farewell event, will also be stepping down from the position, we are looking for a qualified successor to become the new InterNations Ambassador for this Community in Germany with about 2150 members. 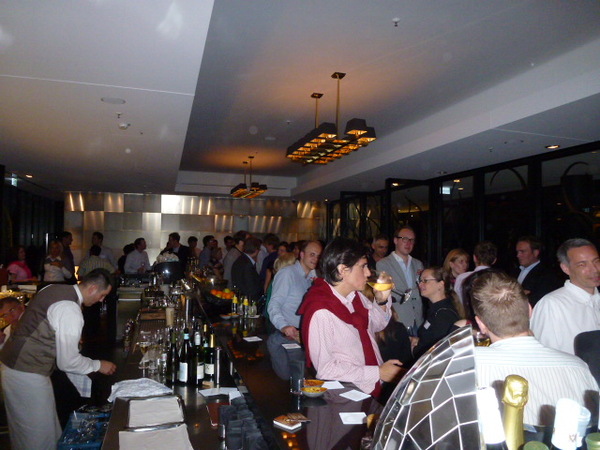 The Hyatt turned out to be a great choice and the bar was quickly populated by members from about 45 different nationalities, who were animatedly interacting with each other. The terrace to the River Rhine served as an airy space for the smokers among the guests while also offering a great view. A bar table served as a lectern so I was able to say a few words to the members. The crowd loudly cheered and applauded Javier for his commitment and dedication to this Community. 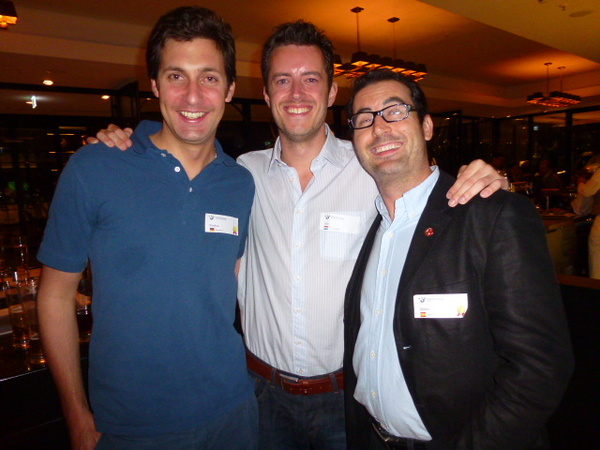 The InterNations Ambassadors from the Ruhr Area Community, Alejandra Gestoso, and Stephan Bense from the Cologne Community, also paid a tribute to Javier. Quite a few members expressed their interest in becoming Javier’s successor so that the Community can look forward to seeing a new Ambassador team in Duesseldorf very soon. It turned out to be a successful night and people stayed quite late. 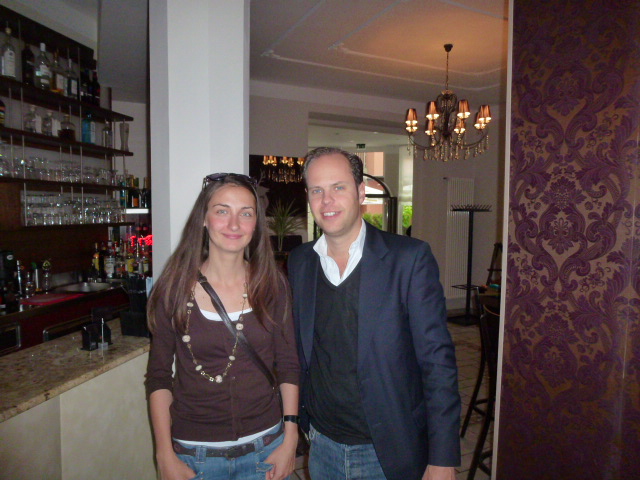 The next day I took the train to meet with Olga Domanova for lunch. Olga is our InterNations Ambassador for the Bonn Community. Olga is originally from St. Petersburg and has been living in Bonn for 4 years studying and working in biomedical image processing at the Fraunhofer Institute. Unfortunately her Co-Ambassador, Karim El-Khazen from Beirut is traveling so he was unable to join us for lunch. 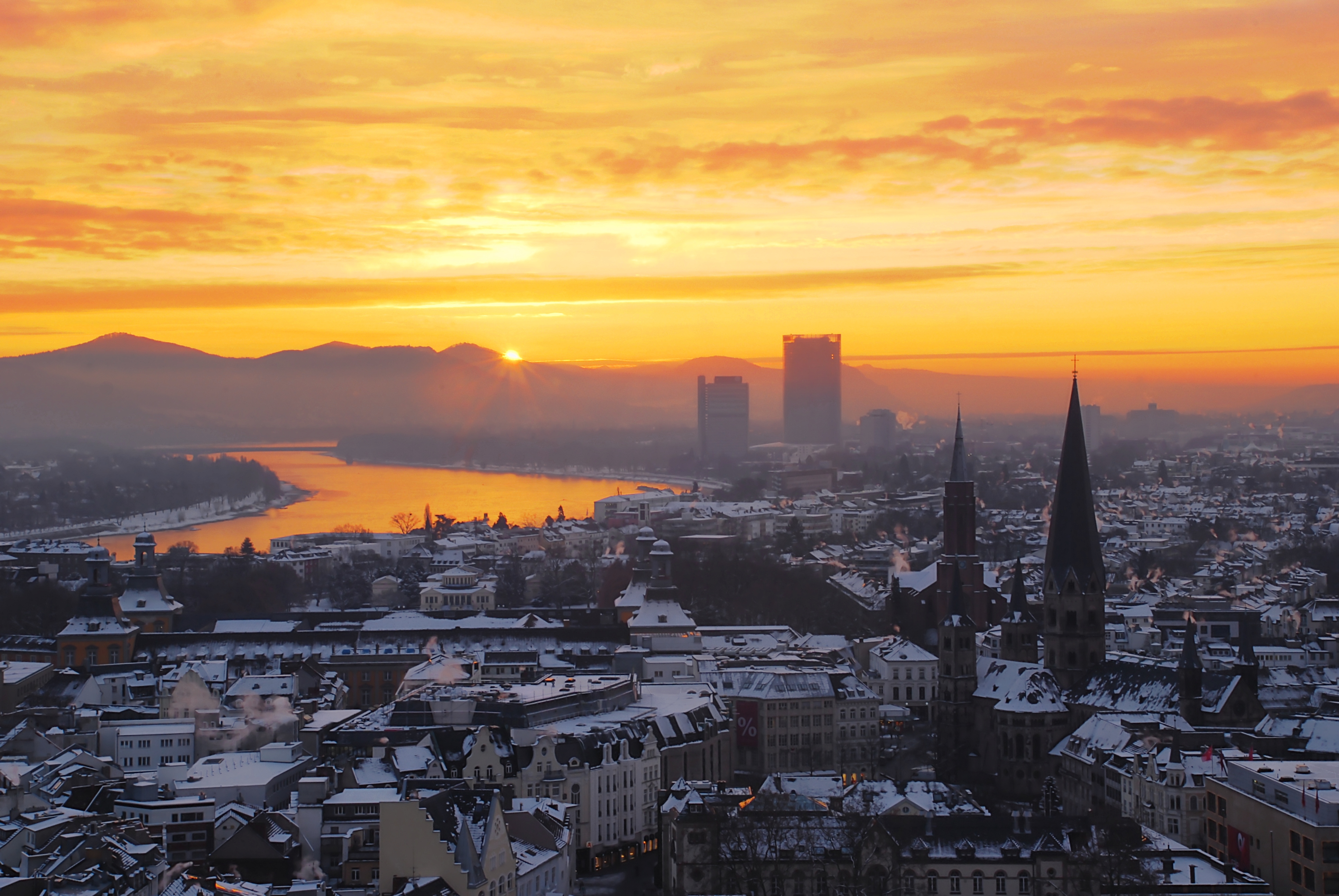 The Bonn Community has grown quite rapidly since its official start as a Community in March of this year, so that there are already more than 705 members of which about 100 take part in the events in Bonn. Over tasty Italian pasta we talked about the future of the Bonn Community and I was happy to share some experiences with Olga which we made by organizing events in more than 170 cities. The June Event in Bonn will most likely be taking place at the Maritim Hotel. Members really have something to look forward to!