InterNations co-founder Malte Zeeck just came back from visiting Vienna to attend the April Get-Together. Here are some of his impressions from his trip.

It is the Easter weekend that brought me to Vienna, the Austrian capital and home to Europe’s most influential composers of classical music and painters. More than 1.7 million of Austria’s 8.3 million inhabitants live in the capital city which is the cultural, political and economic center of the country. Next to the Austrian government and the many embassies, various United Nations institutions, such as the IAEA, OSCE, OPEC, and many other international organizations have their headquarters in Vienna. This explains why the InterNations Vienna Community grew quite substantially to more than 4,900 members today.

Another reason that the community in Vienna grew so quickly is that the local InterNations Ambassador, Günther Strenn, had a good hand in selecting the most special venues for the monthly events. Be it at the classy and modern studio67, the Intermezzo Bar, or Morton’s Bar & Grill @ Summerstage with an outdoor patio right on the banks of the Danube, where summer venues with an outside terrace are most popular, members just love to discover those upscale venues in their new home city. 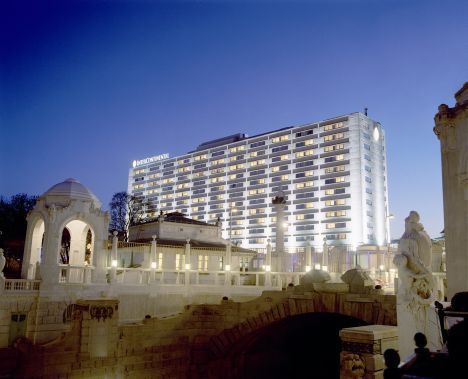 It is no surprise that around 400 members signed up for the Vienna April InterNations Get-Together in the lobby bar of the Intercontinental Hotel, just opposite the Viennese City Park at the border of Vienna’s first and most central district. There is no sign of people planning on going away on an Easter vacation on this Wednesday night as almost 300 members from circa 66 nationalities surged into the stunning hotel lobby bar. The enormous chandelier illuminates the massive bar, the centerpiece of this old fashioned barroom with its thick leather armchairs and sofas. A pianist played the usual bar music, adding a cosmopolitan and imperial touch to these kinds of old fashioned hotel bars. The waiters in white tuxedos and the black bow ties know how to prepare classic cocktails and have the speed and the elegance of yesteryear when serving them. 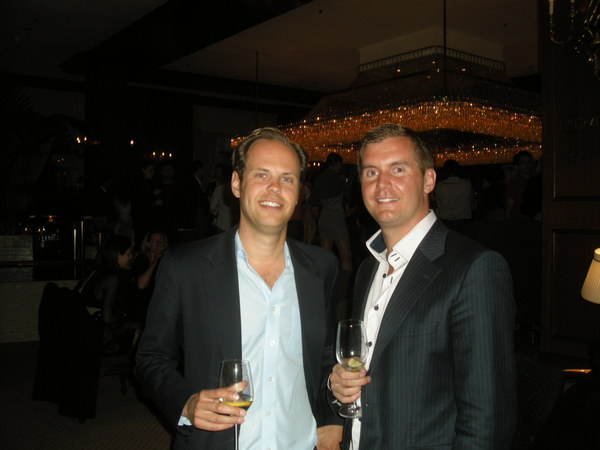 Günther, who is originally from Salzburg and currently consulting various companies, really managed to attract a great crowd of interesting members. Many were regulars and many were joining for the first time. I got to talk to various employees of the United Nations and to diplomats of many embassies. I met two friendly viola players who play in the orchestra at the famous State Opera House, as well as a few Austrians who don’t want to miss out on the international flair which they enjoyed when they lived abroad themselves. 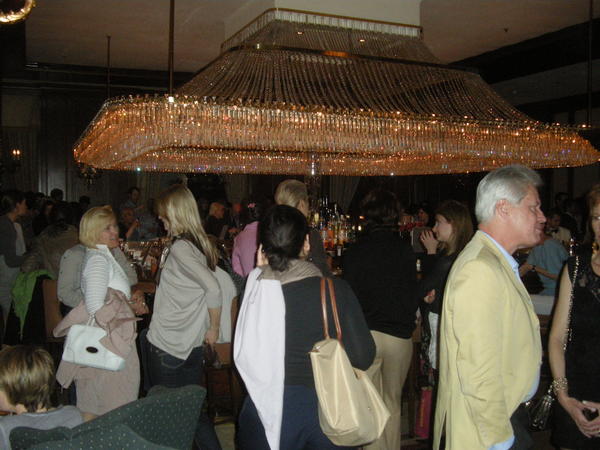 After being interviewed by Michael Ledig, editor of the austriantimes.at, one of the biggest English-speaking news portals in Austria, I was happy to meet Barbara Weinzierl who is the current InterNations Stockholm Ambassador. Being Austrian herself, she spent the Easter holidays with her family and enjoyed seeing how the Vienna Community is doing. Over a refreshing G’spritzter, white wine with sparkling water, I was able to have many interesting conversations with the attendees. One member expressed her interest in becoming the InterNations Ambassador for Lome, Togo. The get-together started at 7:30 p.m. and around 2:00 a.m., the last few members were still standing at the bar sipping their martinis and champagne cocktails.

The next day I met Günther for lunch at Figlmüller’s, one of Vienna’s most famous restaurants for the typical Wienerschnitzel, traditional Viennese cuisine composed of a very thin piece of breaded veal (see picture). My schnitzel was round and much bigger than the plate and so good that I can only recommend it to everyone visiting Vienna. We discussed the option of organizing more events for the Vienna Community as it is growing so fast. Günther suggested a Co-Ambassador: Oyvind Bo, a young tall Norwegian who has been living in Vienna for 6 years now, and is currently working as a consultant for Michael Page. On Easter Monday I met Oyvind at Plachutta, one of the other popular Viennese restaurants, famous for its Tafelspitz. This typical Austrian dish is composed of beef boiled in broth served with roasted sliced potatoes and apple sauce with horseradish sour cream. Oyvind is really enthusiastic about the idea of supporting Günther and hosting the official InterNations events in Vienna. It’s great to hear that we will finally have a team of two very engaged Ambassadors in Vienna! 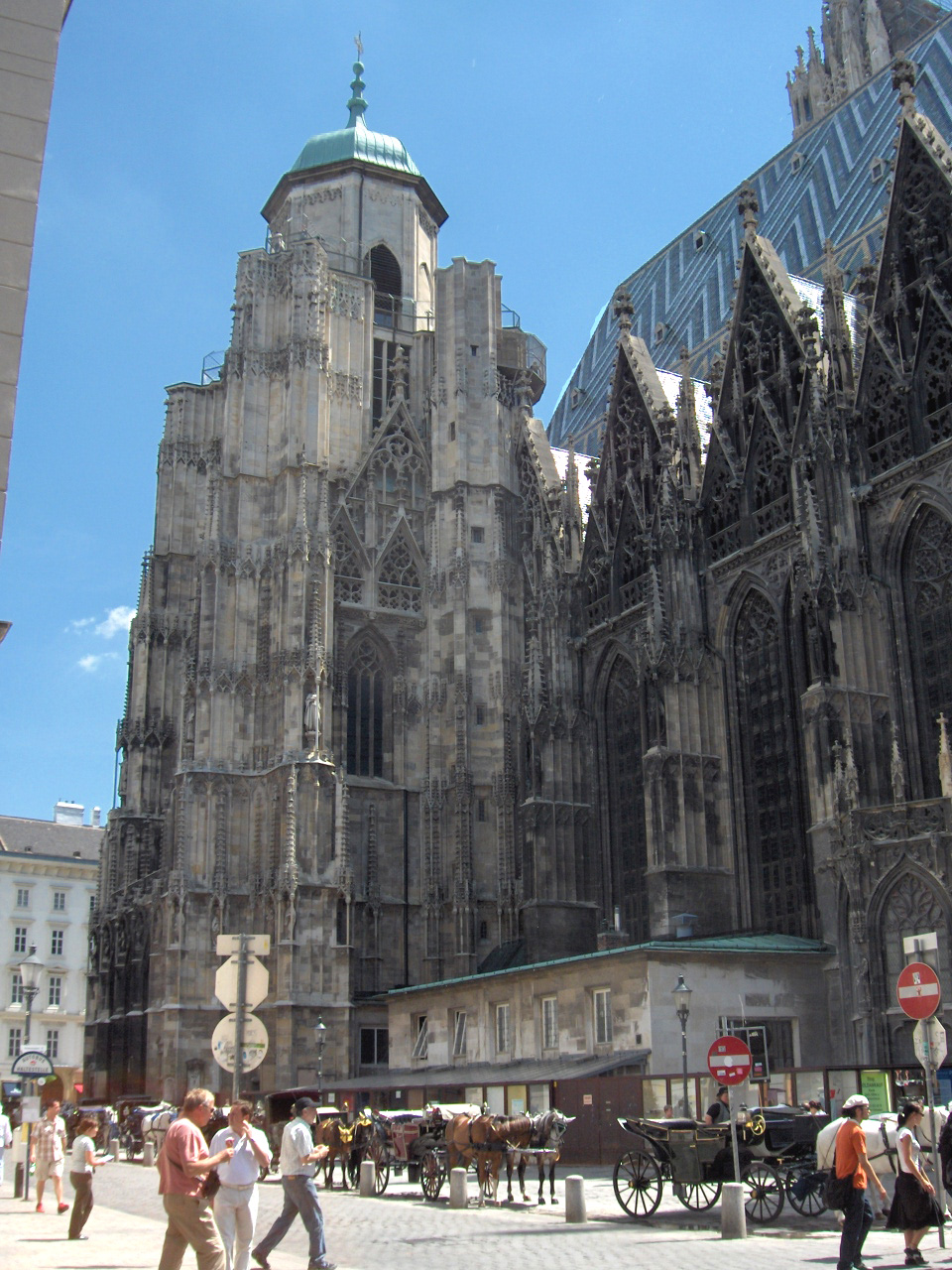 The rest of the Easter weekend I got to see all the usual touristic places of Vienna. Barbara, our Ambassador in Stockholm, took me for lunch in the Museumsquartier (MQ), Vienna’s museum complex at the Glacis Beisl to talk about the development of our Stockholm Community. The MQ contains the Leopold Museum, the Ludwig Museum and the MUMOK, which showcase many famous Austrian painters such as Gustav Klimt or Egon Schiele. 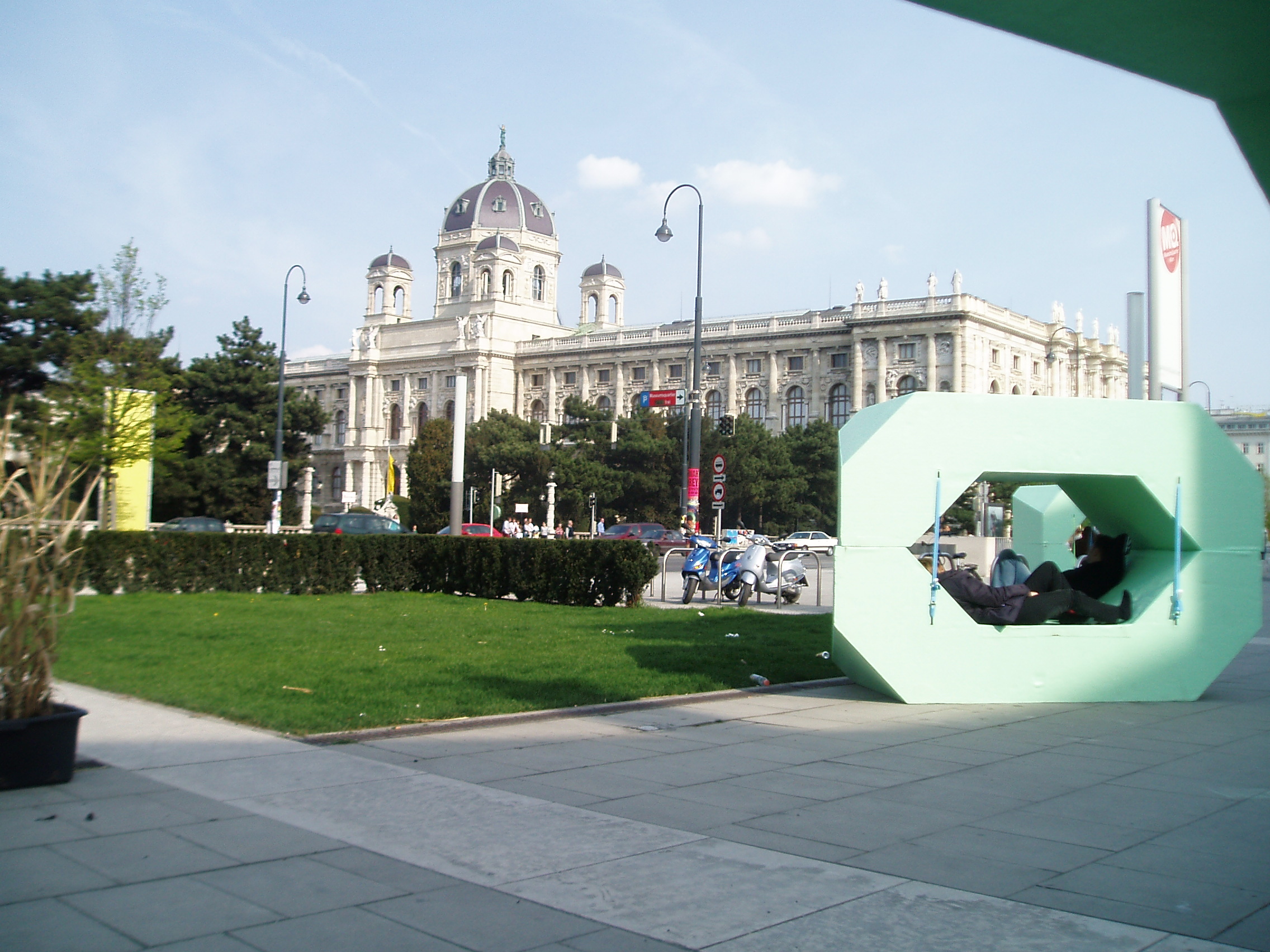 Young people sit outside in the sun, studying, hanging out with friends and simply enjoying the great weather. Just next to the MQ are the Museum of Art History and the Museum of Natural History, buildings that were built by Gottfried Semper and Karl Freiherr von Hasenauer between 1872 and 1891.

I was then invited on a Fiaker Tour, a horse and carriage sightseeing tour through Vienna, which visits traditional and typical Viennese sights. We were able to see the Hofburg Palace, St. Stephan’s Cathedral, the Vienna State Opera, home of the famous opera ball, the Hotel Sacher, home of the famous Sacher-Torte, and all the pretty coffee houses, while the driver explained the history of Vienna. Other excursions took me to the majestic Schönbrunn Palace, the Belvedere Castle, which exhibits artists such as Gustav Klimt. I also visited the Prater, an entertainment park, where I got to ride the world’s most famous Ferris wheel which offers a great view of the entire city.

On Sunday I was able to take a trip to Bratislava, the capital city of Slovakia, which is a short one-hour boat ride on the Danube River from Vienna. The InterNations Bratislava Community where we are currently searching for an Ambassador. With around 500,000 inhabitants the city is comparatively small. It has a very charming old town and a majestic castle overlooking the city. It was nice to stroll through the medieval streets and be confronted with another language and culture, even though not even a distance of 70km has been surpassed.

After having returned to Vienna in the evening, I knew that a few days are simply not enough to really discover this culturally rich city and to really be able to indulge in the Austrian culture. I guess I have to come back here one day soon…