Interview with InterNations team member Theresa Häfner about her recent trip to Buenos Aires and a visit to the Buenos Aires Community April Event.

Valentina: So Theresa, you just got back from Buenos Aires! How was it?

Theresa: Oh it was great! I love that city; it’s so boisterous and lively!

Valentina: I can imagine! You used to live in Buenos Aires a few years back, didn’t you?

Theresa: Yes I did, the main reason for my trip to Buenos Aires was actually vacation, I was visiting old friends there. It just so happened that the Buenos Aires April Event was being held during my stay.

Valentina: I see. So tell me a little about the event: What was it like? Who came? What did you do? 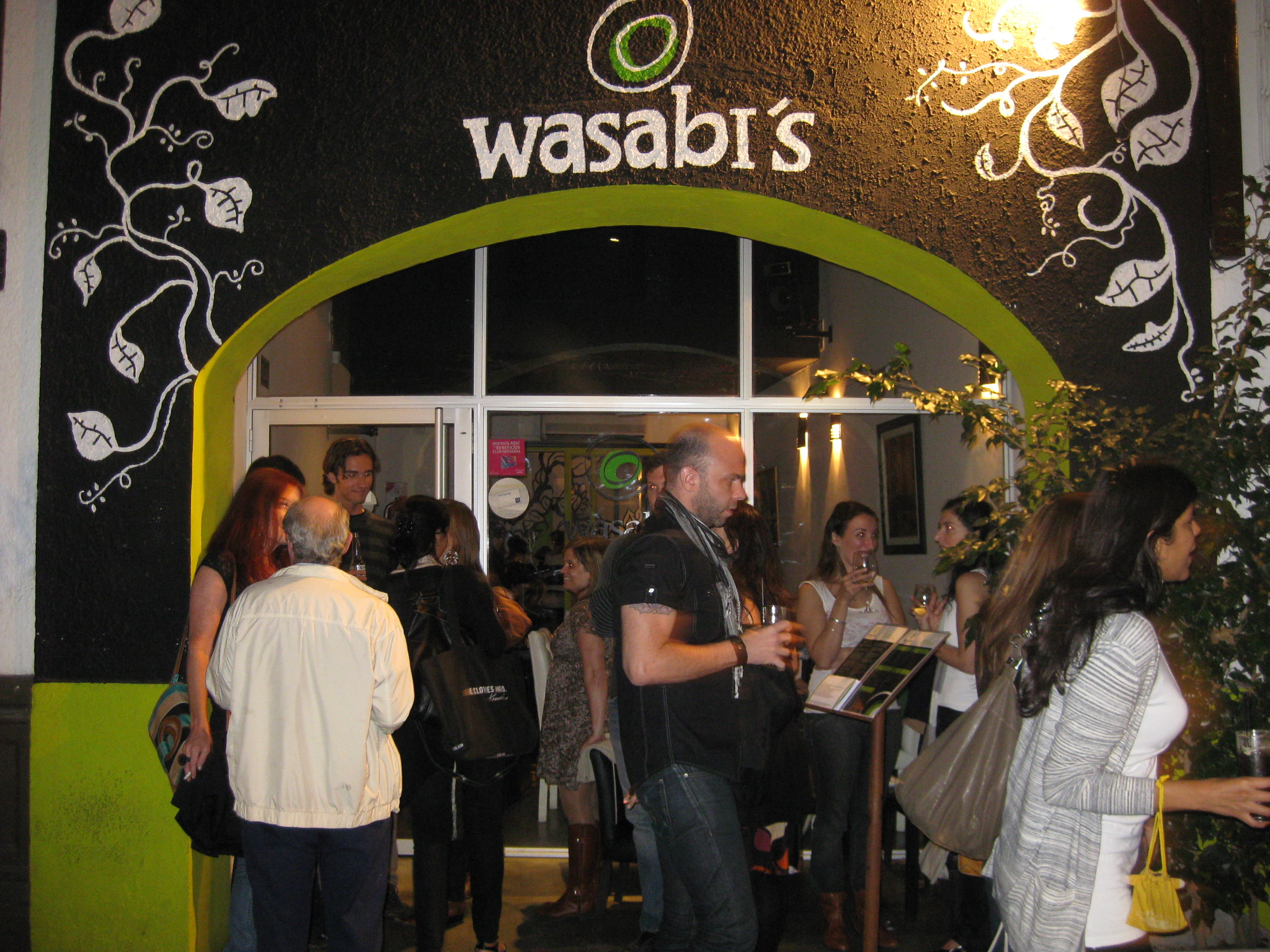 Theresa: Well the event was held at a sushi restaurant and lounge in the Palermo neighborhood called Wasabi’s. It’s a great little place, cool art deco and of course delicious sushi! Palermo is the “in” area of Buenos Aires, very swanky, a bit upscale, with lots of trendy spots to go out for dinner and drinks.

Valentina: That sounds great, were there a lot of international InterNations members or was it more a local crowd that showed up?

Theresa: I would say it was quite mixed. There were more international members than I expected, especially since the guest list indicated quite a few locals. But I think that’s great too! The locals who come to our events are very open-minded and enjoy mingling in the international atmosphere and brushing up on their already perfect English…

Valentina: That’s great, I always say it’s important to have a good balance of locals and expats. Makes for more interesting conversation! So did you meet anyone that you knew beforehand? Were there any surprises? 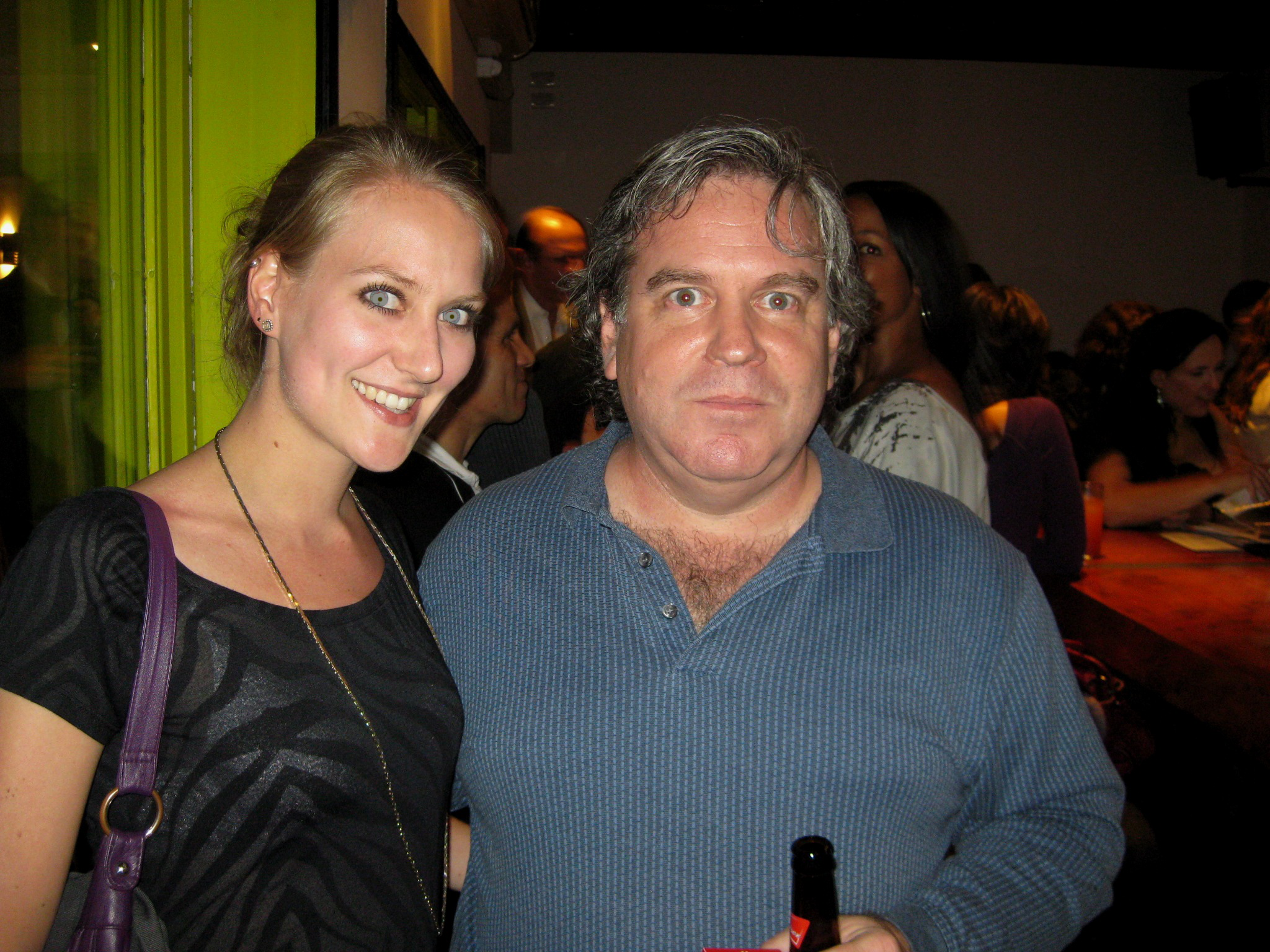 Theresa: Not really. I mean I knew the Ambassador, Samuel Warde, already. He is originally from the United States and has been living in Buenos Aires for more than four years now. In fact, he’s been the Buenos Aires Community Ambassador since 2008.

Valentina: Well that’s what I would call a dedicated member!

Theresa (laughs): Yeah he definitely is! We actually might have even found a Co-Ambassador to assist him in the future; having two Ambassadors to a large Community such as Buenos Aires is always a good idea. I mean, we have a total of more than 2,100 members in Buenos Aires! 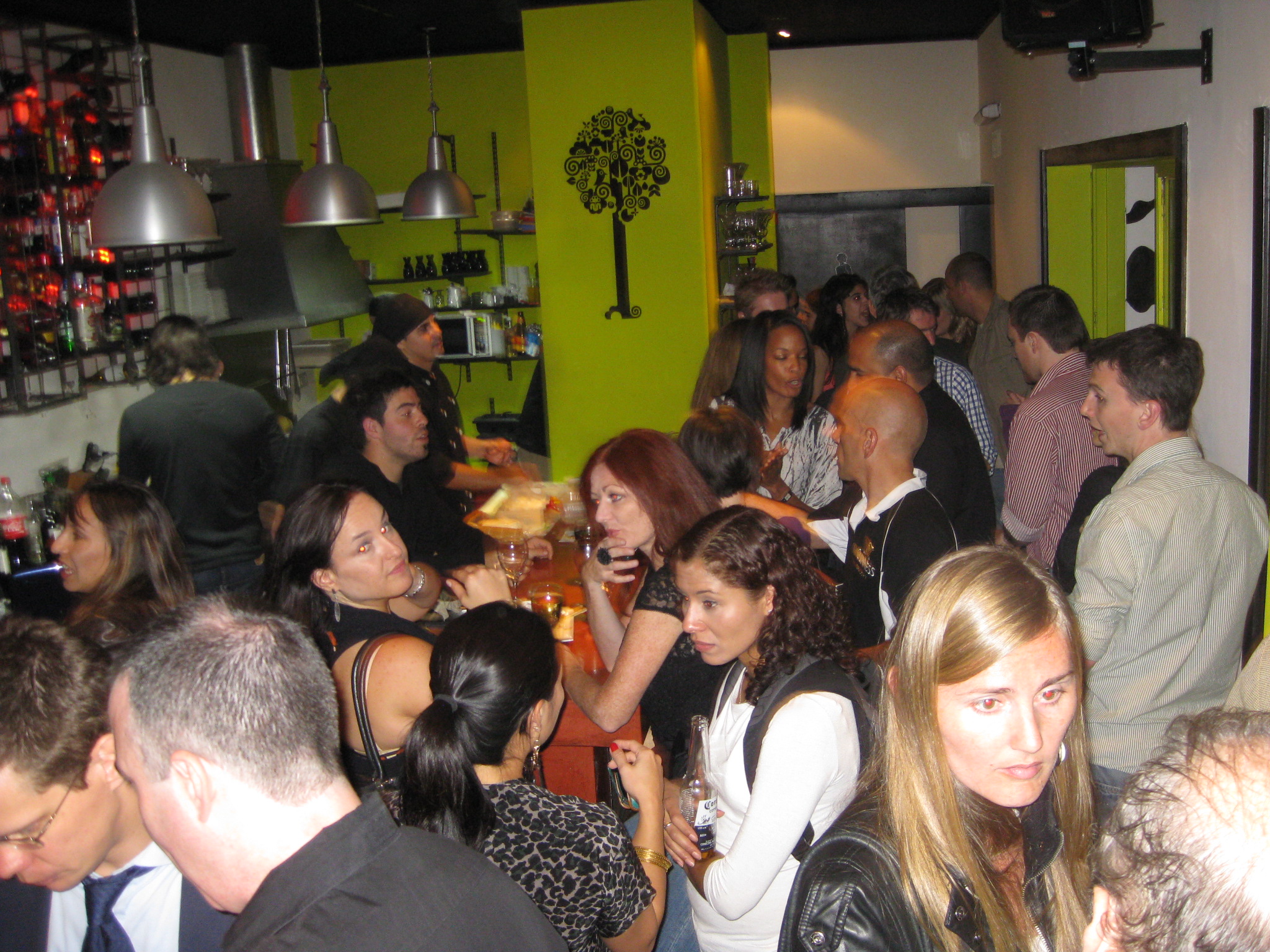 Valentina: Wow that’s a big community! So what types of people does one meet in such a large and diverse group?

Theresa: Well let’s see, I met Helder from Portugal who originally lives in Amsterdam and was visiting Buenos Aires on a business trip. He’s a huge tango fan and loves dancing it himself, so he is always up for a visit to Buenos Aires! 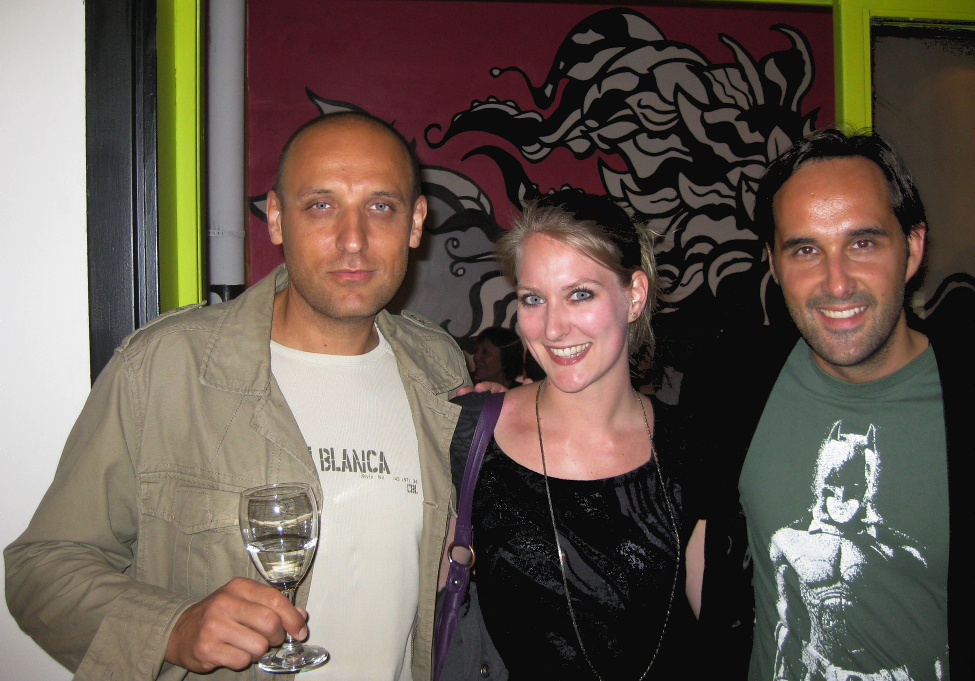 Then there were Tom from Norway, Diana from Columbia, and a small German-speaking crowd whom I of course spoke to as well: Stefan from Austria and Thomas from Germany, both of whom work at the respective embassies in Buenos Aires, and Robin, a documentary filmmaker also from Austria. I also spoke to Jeff from California who isn’t an InterNations member (yet!), but tagged along with his roommate. He’s just kind of hanging around in Buenos Aires enjoying the Latin American flair!
All around it was a great crowd and a great evening. I had a lot of fun talking to everyone and meeting new people! I would consider it quite the successful event!

Valentina: It definitely sounds like it!
Now you didn’t just go to Buenos Aires for the Event, you of course saw some sights I imagine! What stands out in your mind about this city? 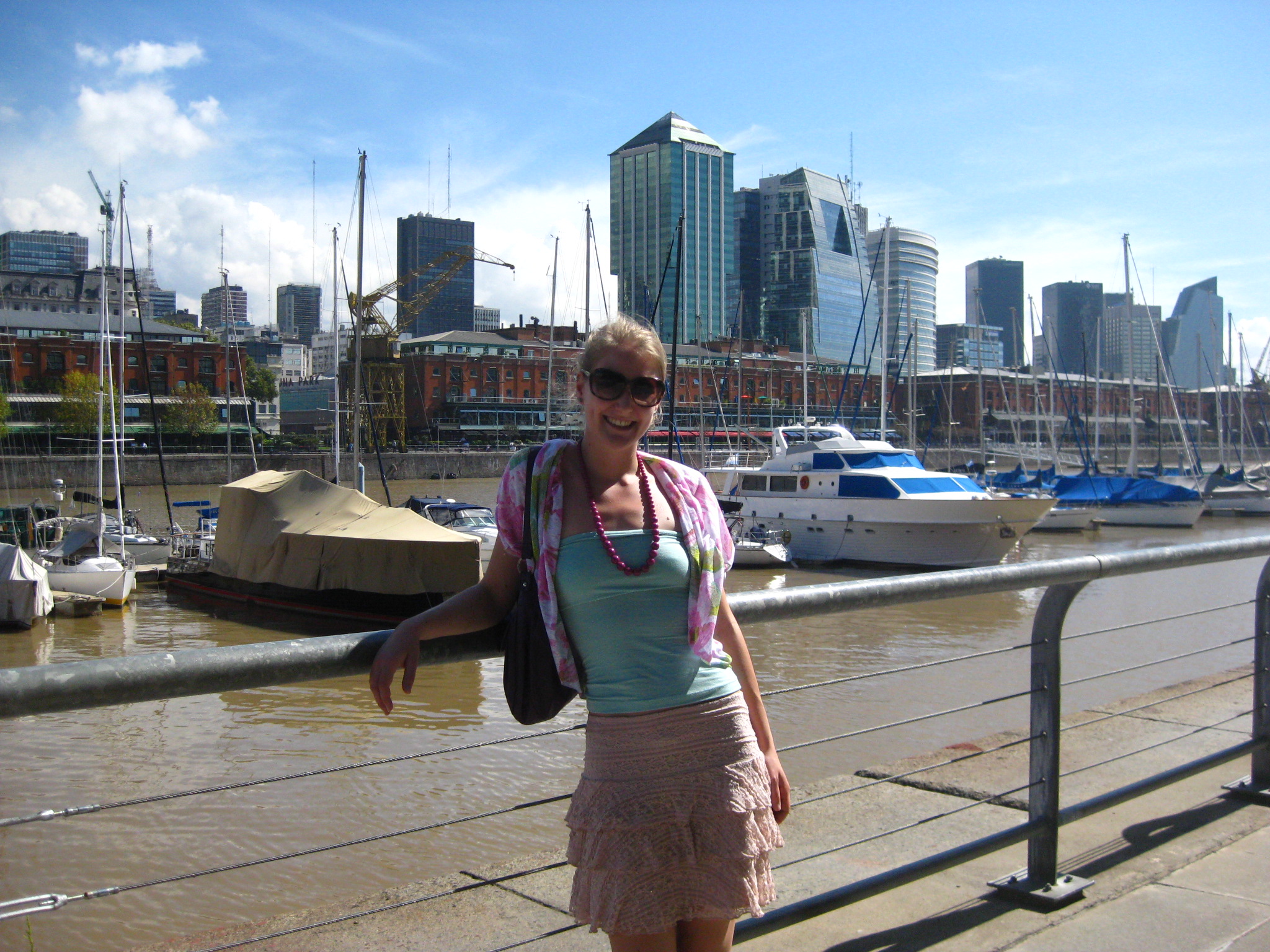 Theresa: Well, like I said I lived there a few years ago, so it was great to see all my old friends again and to visit the city and my favorite areas. I guess I didn’t do the standard tourist sights, since I already saw them all before. I hung out mainly with my friends, but I did visit the obligatory neighborhoods of Palermo, San Telmo, Puerto Madero… It’s really a great city, with a slightly chaotic touch – especially considering public transportation!

Valentina: Sounds like you had a wonderful time then! But, I have to ask: did you do any tango dancing?

Theresa: No, I don’t dance myself, but I love watching it! I can’t wait to go back to the Paris of Latin America soon though!