Especially in Germany, we added a batch of several InterNations Local Communities about two weeks ago. In addition to splitting our previous Rhineland Community into three separate ones for the cities of Bonn, Cologne, and Dusseldorf, we also wanted to create a proper InterNations home for our members in some local groups based in southern Germany.

Stuttgart, the 6th biggest city in the country and thus the largest of the towns in question, is well-known as an affluent centre of small and mid-sized local enterprises, but also as the seat of global companies such as Daimler, Porsche, and Bosch. 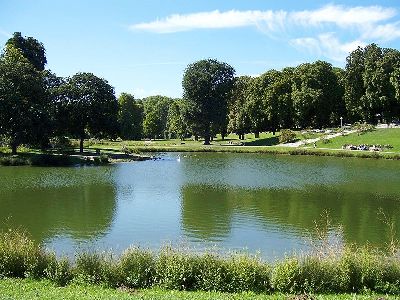 Moreover, the beautiful city, appreciated for its castles and palaces as well as large public gardens, houses Germany’s second most important stock exchange and several institutions of the United States Armed Forces in Europe. The latter is the reason why there is a considerable number of US citizens among the 20% foreign-born residents of Stuttgart’s population.

InterNations Ambassador Laura Natusch is one of them. She came to Germany in order to offer psychological services and her previous experience as a family therapist to the spouses and children of US military staff stationed in Europe. For InterNations, she regularly organizes and hosts the monthly gathering, together with her Co-Ambassador Hamdo Hurtic. Born in Bosnia-Herzegovina, Hamdo has a B. A. in international relations and global studies from a New York university, but now works for the USAF family and morale welfare and recreation services in the Stuttgart area.

Just like Stuttgart, its northern (and much smaller) neighbour Heidelberg might be familiar to US Americans due to the military forces still stationed in the city. However, by 2015, most of Heidelberg’s 16.000 US American residents will have left the town to move to a different base. 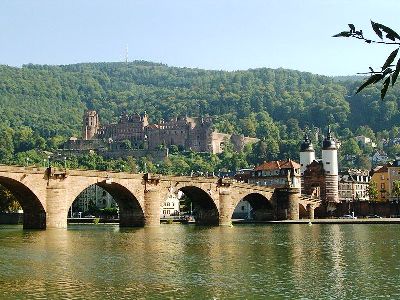 But the quaint town by the River Neckar will keep attracting expatriates, thanks to its strong service sector, its venerable university (the oldest in Germany) and the many related research institutes. Once famous for 19th-century Romantic poetry and traditional student life, Heidelberg’s university now supports cutting-edge research in the fields of medicine, bio-technology, and the life sciences.

One of our local InterNations Ambassadors, Vera Herkommer, is indeed employed by the EMBL, the European Molecular Bio Laboratory, one of the many similar institutes located in Heidelberg. Vera is Co-Ambassador to David Rüngen, a German resident with strong ties to Italy and Spain. Together, they will do their best to make all expats feel welcome in Heidelberg’s “merry alleys” and “fragrant gardens” (as described by the German lyric poet Friedrich Hölderlin).

Similar to Heidelberg, Regensburg, a Bavarian town of comparable size, is popular among residents, visitors, and tourists for its historical city centre and architectural heritage. 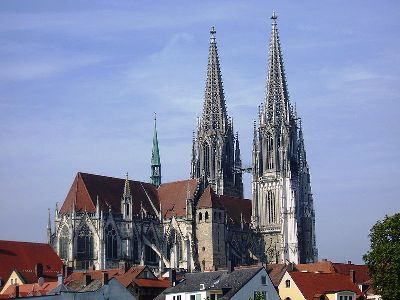 But while Regensburg’s magnificent cathedral, its medieval bridge across the Danube, the cobbled, crooked lanes and turreted skyline were classified as UNESCO World Heritage a few years ago, its university cannot compare to Heidelberg’s long tradition of learning. Regensburg’s modern campus outside the city centre was not established until the 1960s: however, it helped considerably to boost the city’s economy. Today, Regensburg has a fairly high employment rate, housing many companies from the electronic and automotive industries as well the IT sector and life sciences.

Our two Regensburg Ambassadors, Marcello Melis and Giuseppe Travaglini, are both Italian engineers working for a big automobile company in the region. Giuseppe had come to Regensburg before, as an exchange student in the Erasmus programme, and the town’s almost mediterranean charm (with its numerous cafés and piazzas, it’s sometimes called “the northernmost city of Italy”) lured him back. So far, they have held several expat meetings in Regensburg, to great acclaim.