InterNations co-founder Malte Zeeck paid a visit to our Frankfurt Community last week – here are some of his impressions from his short trip:

It’s only a three hour train ride from Munich, but Frankfurt – the financial and international hub of Germany – is completely different from the larger, yet more laid-back city near the Alps. Skyscrapers made of steel and glass and the international airport (Germany’s biggest employer and one of the ten busiest airports in the world) shape the European banking metropolis today. People from almost 180 nations are currently living in the multi-national city on the river Main – almost every third resident of Frankfurt doesn’t have a German passport.

With more than 4,200 members, the Frankfurt InterNations Community ranks #15 on a global scale, behind others of our German communities, i.e. those in Munich and Berlin. Nonetheless, Frankfurt is one of the most active communities when it comes to events and our members’ involvement. Within a mere several months, our Ambassador trio – consisting of Andreas Wiedow, Steven Dierckx and Monica Castellano – have managed to increase the attendance of their monthly events to almost 300 participants. 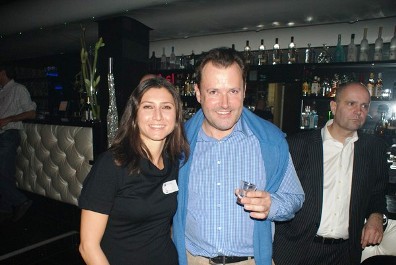 Moreover, there is a fairly active group landscape, too. Be it the Wine Lovers in the Frankfurt Area, the Alice’s Restaurant Brunches & Dinners or the Monday Café Crawl organized by Marie-Francoise Marques, members meet up on a very regular basis.

More than 300 members from some 50+ nationalities have signed up for the January InterNations Event at the Sky Club (formerly the well known Galleria bar, which used to be the nightlife hotspot for Frankfurt’s bankers, brokers and beauties). There is a special reason for members to join this monthly get-together: two Ambassadors will be saying good-bye after bringing the Frankfurt InterNations Community to life over the last two years. Fortunately, both will not be lost to InterNations. 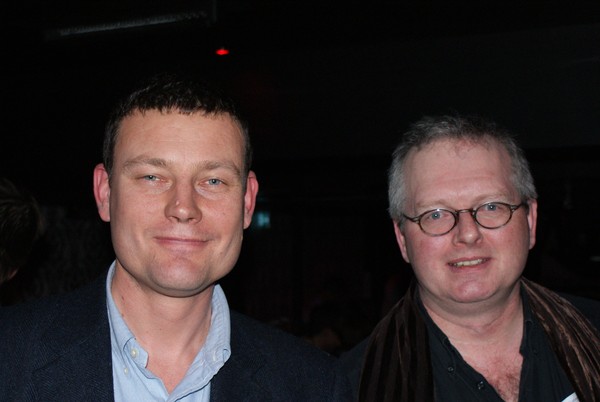 Andreas, who was the first Ambassador in Frankfurt, is going to focus on organizing regular business networking events with different speakers on expat-relevant topics in the context of his InterNations Professional Networking Group in Frankfurt. Steven, one of the most sociable Italians living in Frankfurt, is about to movie to Milan. He will continue to be a member and might even get more involved in our Milan Community.

However, Monica will team up with Henri Maurer, a charismatic Belgian banker, to lead the Frankfurt InterNations Community in the future. They will make sure to keep the great momentum going by organizing our monthly events in more fascinating venues.

At night, the SkyClub is packed with members from Finland, the USA, Spain, Italy, China, and many other nationalities. 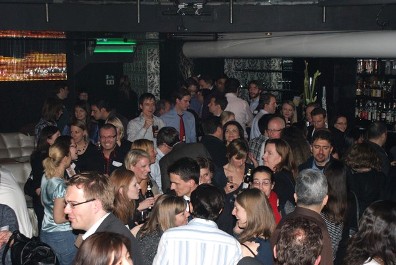 Around the buffet, members are mingling and getting to know each other: the colourful flags on their nametags make many first conversations a lot easier. When it’s time for our two departing Ambassadors to say their farewells, they receive a well-deserved applause from the guests. But then, after 10pm, there’s no more time for melancholy and nostalgia: the music kicks in, and the general socializing turns into a rousing party. Unfortunately, it’s a Thursday, and I thus have to be back at the InterNations office the next morning, or I’d have stayed much longer to see if the Frankfurt crowd has the same stamina as the one in Munich when it comes to dancing the night away…

(Photos by Steven Dierckx. Thank you!)