In the past few years, it has become a sort of InterNations tradition for one of our Ambassadors in the Geneva Lake Area, Alexander Vierheilig, to organize a wintersports weekend in the Swiss ski resort of Les Diablerets. Despite the ominous-sounding name of the village, which it shares with the alpine range towering over the picturesque scenery (Les Diablerets is French for “devil’s horns”), this special get-together has always been a great success so far, and this year was no exception to the rule. About 100 InterNations members from over 25 different nations, from Albania to the United States, set out for the Swiss Alps last Friday: while most of them were expats currently residing in Switzerland, a few skiing enthusiasts from France, Germany, the Netherlands and the UK travelled all the way to the canton of Waadt. Despite the considerable journey, they really had no reason to regret their decision. 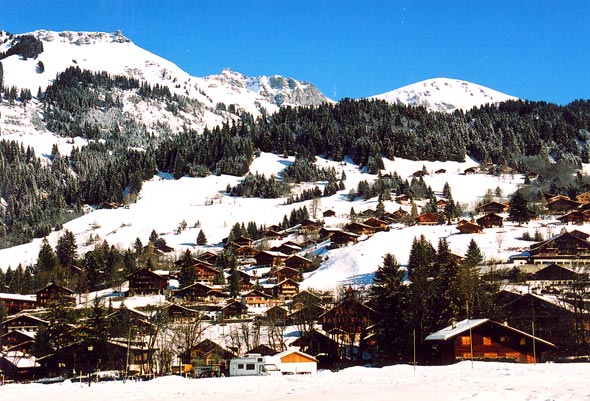 The weekend’s activities did not only involve plenty of opportunity for skiing and snow-boarding, but also something more to the taste of the less athletic participants as well as the après-ski party animals: In addition to dashing down the slopes, our members could also relax in the châlet-hotel’s wellness area, enjoy a romantic nightly sledge ride down the mountain-side, taste regional delicacies such Swiss ham, cheese, and, of course, fondue, or dance the night away to the tunes and beats provided by their private DJ. And even those who sadly missed this great opportunity have another chance to enjoy the beauty of Switzerland’s mountains: Alex is already busy organizing a trip to Grindelwald in March.