December is traditionally the month to celebrate the holiday season with fellow expats around the world. Since lots of our members often leave town to spend their end-of-year break with family and friends at home or have very busy schedules full of numerous festive gatherings and office parties, we appreciate it all the more that so many among them took the time to share the spirit of the season with their InterNations Communities. All our Ambassadors around the globe have indeed done their best to spread some holiday cheer and bide farewell to the passing year in an excellent mood. Here are only a few selected highlights from the over 100 great InterNations events worldwide.

The Holiday Gathering in New York City definitely set a new record, both locally and globally for all the InterNations communities around the world, since guests from almost 100 nations — 99, to be precise — attended the immensely popular get-together at Hudson Terrace, in spite of the awful winter weather that plagued the city. 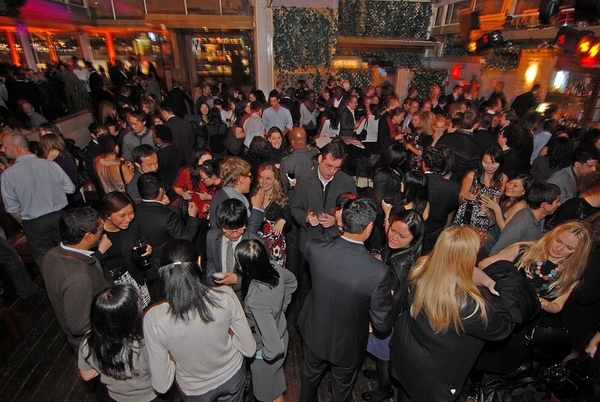 We are absolutely sure that the diverse New York Community will manage to reach and exceed the magical limit of 100 different nationalities at one of their upcoming events in 2011.

The steadily growing InterNations Community in Dar-es-Salaam may not boast hundreds of guests from a hundred countries yet, but they did have a distinct advantage over New York City as far as the weather was concerned. Far below the equator, the expats in Tanzania’s capital spent their December gathering on lawn chairs under palm trees, with potential sub-tropical rains their only worry. However, they were indeed able to enjoy their cocktails in peace and watch a spectacular dance performance to boot. Our expatriate circles in Dar are definitely glad to finally have the chance to connect and will hopefully continue growing so fast in the new year.

If we now jump from Africa to Asia, our communities in Shanghai and Singapore, too, set local records for themselves when it came to the turnout of their events and the number of InterNations members and friends in attendance. At the Shanghai Get-Together, the ambience of the venue, the city’s oldest club from the days of early 20th-century Shanghai, with its polished mahogany bar and its touch of exclusivity, undoubtedly attracted quite a few people curious to soak in the historical atmosphere. 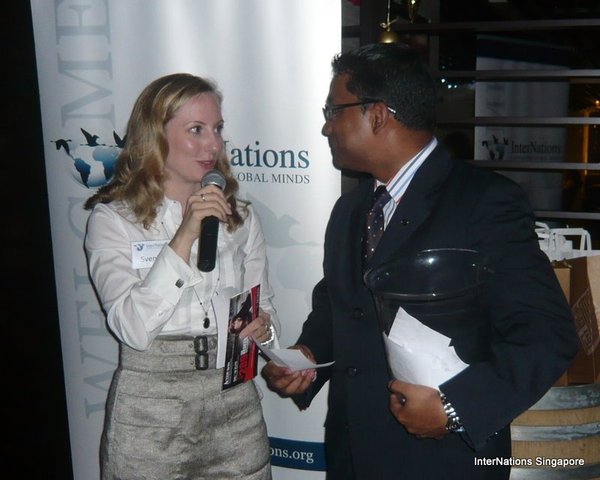 The Singapore crowd in turn enjoyed a view of the modern city state’s glitzy holiday lights while competing for some surprise raffle prizes kindly provided by local venues and designers.

In Europe, too, packed venues with throngs of guests and attractive raffle prizes were key. At our Barcelona Christmas Party, the raffle was a charity-themed opportunity to become the proud owner of a new Kindle e-reader, together with Worldreader, a charitable organization aiming to make e-books available to more people, especially kids and students, in the developing world. Once again, our industrious Ambassadors in Moscow, too, succeeded in coming up with a number of fantastic prizes for their raffle winners, thanks to the number of companies they could win as sponsors for their large Year End Party, including such names as Russian Standard Vodka and Messe Frankfurt. But not only could the lucky first-place winner look forward to a two-night stay in the UAE, as contributed by Banyan Tree Wadi, but the guests could also support a Moscow-based NGO aimed to provided support to impoverished children.

Last but anything but least, the InterNations team here in Munich was proud to introduce traditional Bavarian enterprise and global automative giant BMW as our new Global Automotive Partner at our December Event 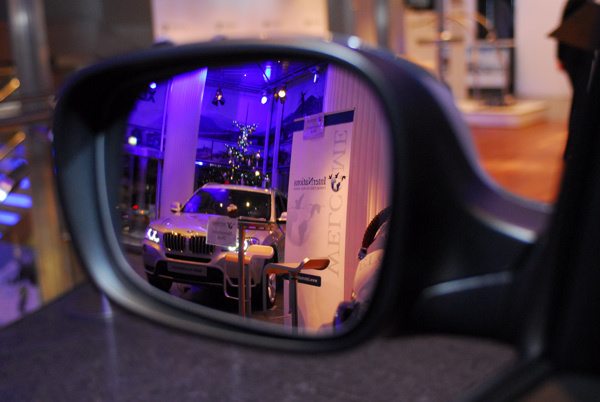 , where the winner of our prize draw got the chance for a cozy seasonal mini-break in an Austrian four-star hotel, complete with their own BMW X3 for the scenic drive through the Alps. Congratulations!

Of course, there were so many other get-togethers we might have mentioned — the mini piano concert with international Christmas carols in Warsaw, the chic Fire & Ice New Year’s Eve Party in Lausanne, the customary Danish Jul dinner in Copenhagen, and and and … — but we hope that these impressions from last month’s InterNations gatherings were sufficient to whet your appetite for the twelve months ahead!