Malte Zeeck, our founder and co-CEO, shares his five favorite sightseeing tips for beautiful Stockholm with our members.

A while after my trip to neighboring Helsinki, I arrived in Stockholm as the 2015 triathlon was in full swing. 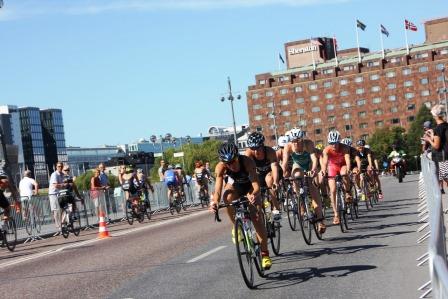 The competition even had its own Olympic category: as much as I was impressed by international athletes swimming, running, and cycling up to 40 kilometers, I preferred to opt for a Stockholm sightseeing marathon instead.

The ABBA Museum: Thank You for the Music…

… and for a museum full of kitsch and camp. While being an ABBA fan more or less marked you as “uncool” back in the 1970s and early 1980s (the cool kids listened to Pink Floyd), the Swedish quartet is without a doubt one of the most successful bands in the history of pop music.

Even today, over thirty years after their break-up in 1982, an estimated three million CDs, DVDs, etc. with ABBA’s hits are sold every year. The “Mamma Mia!” musical and its movie adaptation have also led to a mini-revival. 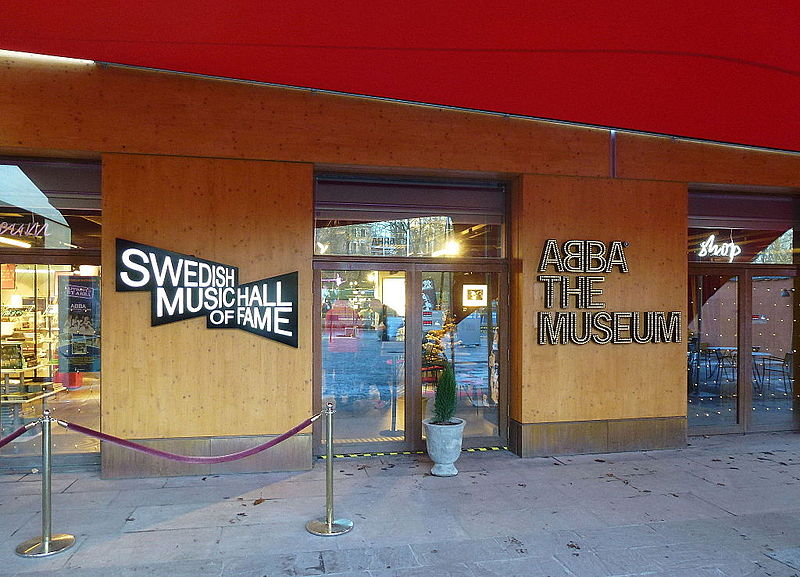 As of 2013, you can admire all sorts of ABBA-related memorabilia — such as instruments, gold records, and, of course, their outrageous stage outfits — in a museum that’s part of the Swedish Music Hall of Fame. You can even strut your stuff and dance along to their greatest hits on an integrated dancefloor. (No, I won’t tell you if I did.)

If you still treasure your Pink Floyd record collection and your cool reputation, I’m sure you can also visit the museum “ironically”.

The Vasa Museum: The King Has Lost His Crown

… or maybe just his flagship. History geeks can get a good look at Sweden’s 17th-century Titanic at the Vasa Museum. It houses the restored wreckage of the warship, one of the most powerfully armed and lavishly decorated vessels of its time. 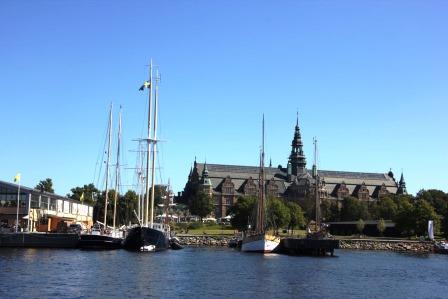 Unfortunately, the Vasa’s maiden voyage lasted for less than 1.5 kilometers — the pride of the Swedish fleet, at the height of the nation’s power in the Baltic, didn’t make it out of Stockholm’s harbor. Ooops. Talk about royal embarrassment.

Gustav II Adolf’s loss was our gain. Maritime archeologists salvaged the wreck 333 years after its sinking, and it’s now one of Stockholm’s major tourist attractions — in all of Scandinavia, actually, with over one million annual visitors.

I was very happy to join their ranks and explore the museum. I’d expected it to “just” showcase the ship itself, but it features a wide range of exhibitions on related topics, from conservation techniques to world history in the 17th century.

Unsurprisingly, it also seems to be a favorite among families with children. Kids apparently love a bloody sea-battle, the little rascals.

… is an animal you won’t actually find on Djurgården. The island in central Stockholm, where both the Vasa Museum and the ABBA Museum are located, is home to plenty more monuments, listed buildings, gardens, and amusement parks. If you ever get to visit the Swedish capital, but are on a tight schedule, Djurgården is where it’s at.

Skansen, a mere ten-minute walk from the Vasa Museum, is also a very family-friendly place, as I noticed from a brief glance at the other visitors. It’s less potentially gory than the history of maritime warfare in the 1600s, though. 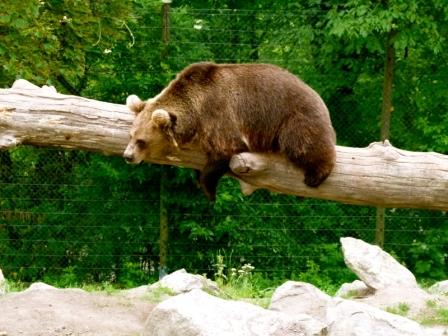 The open-air museum shows off a cute miniature version of life in Sweden from the 1700s to the early 20th century, from southern farms to the northern culture of the Sami. You can see how the common folks of each region and era might have lived.

If your kids (or you) don’t have quite the patience to watch a weaver or potter at work, there’s always the zoo. The brown bears are extremely popular, though Skansen didn’t get any new-born cubs in 2015. The present youngsters have gone from “cuddly teddy” to “boisterous teens that probably outweigh you”.

On a sunny day, Skansen is the perfect destination for a relaxing walk, a fresh waffle or cinnamon roll in hand.

On Gamla stan, the island housing the old town, you’ll find another slate of visitor attractions, this time mainly of the historical, official, and educational variety. First, you need to cross from one island to the other. Fortunately, I’d purchased a ticket for a “hop on – hop off” boat tour, which allows you to explore the isles and waterways at your own pace.

It’s two ferry stops and two different canals that separate the Vasa Museum from Stockholm’s medieval center. Among its cobbled streets and scenic squares, you’ll find the Royal Palace, as well as the Nobel Museum. 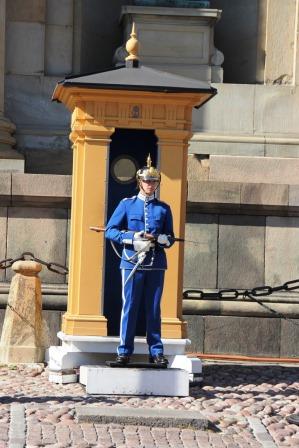 I was a bit disappointed to hear that King Carl Gustav and Queen Silvia don’t actually live at the palace: not only did the queen, a fellow German, met her royal husband during her work at the 1972 Olympic Games in Munich — the hostess-in-charge working with the future monarch was actually my mother.

But it’s probably not that easy to just the ring the doorbell and get invited to fika — the Swedish equivalent to the German Kaffeeklatsch — with your mom’s former colleague if said colleague is now the Queen of Sweden, is it?

The official residence is a large and splendid building in the northern Baroque style, and several parts are open to the public for sightseeing, including the chapel and the treasury with the Swedish crown jewels.

And it’s a short way from aristocracy to meritocracy: within just a few minutes, you’ll reach the Nobel Museum, situated in the beautiful 18th-century stock exchange building, where the Swedish Academy also holds its meetings to choose the laureate for the Nobel Prize of Literature.

The museum itself hosts varying exhibitions dedicated to the history of the Nobel Prize, its laureates and their legacy, scientific research and social change. After so much education, though, it was definitely time for a break!

The search for a nice spot to enjoy a glass of local lättöl (light ale) led me to Södermalm, a densely populated district and, yes, another island connected to Gamla Stan by various walkways and bridges.

The terrace on Mosebacke Square is a favorite among tourists and locals alike: 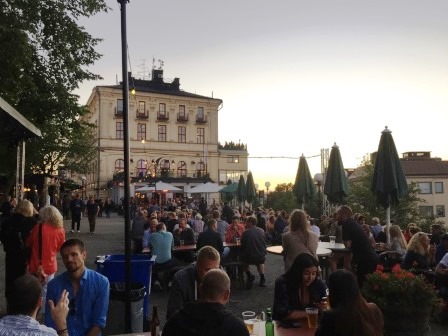 from here, as well as from the neighboring bar’s balcony, you have a magnificent view of Stockholm’s old town and can catch a glimpse of the westering sun during the long Scandinavian summer nights.

The terrace, the restaurant it belongs to, and five further bars, are all part of the Söder Teatern complex. The venue hosts plenty of live concerts and performances, too, but the latter are unfortunately all in Swedish. Nonetheless, you can still enjoy the sunset, the relaxed atmosphere, and the mouth-watering food.