’tis the season! In the spirit of the holiday season, our new guest author Viara fondly remembers her first Christmas as an expat “Down Under”…

When it comes to Christmas, being born and raised in Europe means we grew up with the traditional imagery of Santa on a sleigh, flying through the winter clouds to bring presents to all kids around the globe. When we were spending our first Christmas as expats in Sydney, Australia showed us some completely different images.

There were Santas on surfboards, Santas on jet skis, Santas with snorkels and fins, Santas with koalas and kangaroos, and many other Santas. They were busy enjoying beach life rather than taming reindeers for their sleigh. These pictures always bring a smile to my face, odd and dear to me as they are – memories for life.

I clearly remember our first Christmas in Sydney: Our little family was a bit overwhelmed by the veritable explosion of all kinds of Christmas-related products. This commercial abundance, familiar from the United States, actually caused a counterbalance of defiant abstinence. 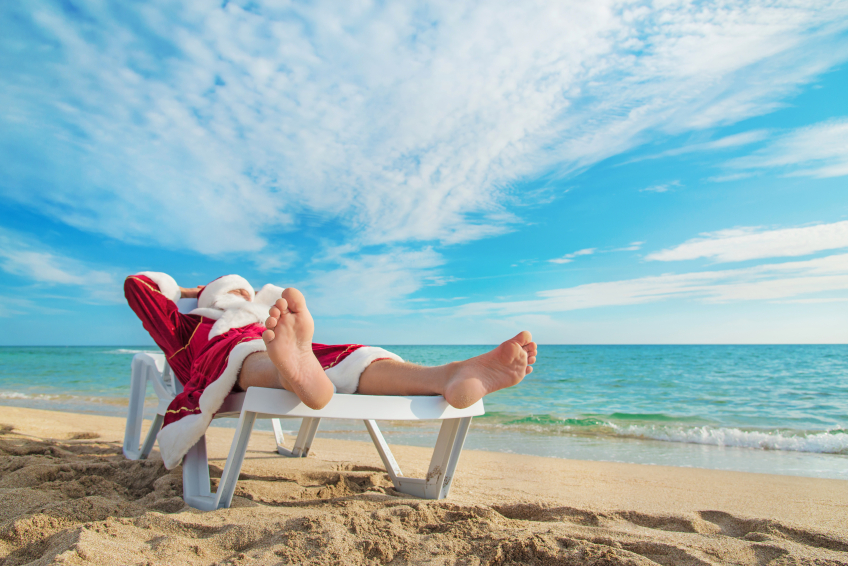 We refused to pay a hundred Australian dollars to become the proud owners of a fresh Christmas tree. Keeping in mind the 30 °C on Christmas in Sydney and the thought of the soon-to-die fresh tree, we ended up with a little plastic tree for DIY assembly.

Our 5-year-old son didn’t mind at all. To him it probably mattered more what was underneath the tree.

There were only a few things we missed during Christmas in Australia – but to be honest, there aren´t many things one can miss in this blessed country. The local Christmas market was one of them, though.

There is something unique about the atmosphere at a German Christmas market, all illuminated with beautiful decorations. Visiting Munich´s biggest market on Marienplatz, sipping on a Glühwein (hot spiced wine), munching Lebkuchen (gingerbread cookies) and gebrannte Mandeln (sugar roasted almonds) – this is what Christmas used to feel like, a heart-warming experience for all senses. 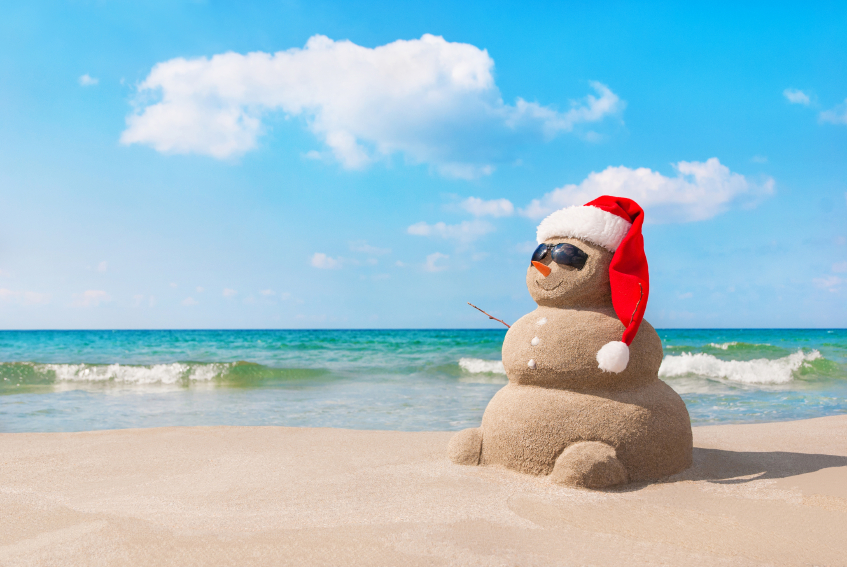 Well, not this time! We had our first non-winter Christmas as expats in the southern hemisphere, where the seasons work the “other way round”. Instead of 0°C we got 30°C, a hot Sydney summer.

Traditionally, the 25th of December (Christmas Day) is famous for the so-called “morning swim”. All the Aussie families are well equipped for a picnic and BBQ (the no.1 sport in Australia, “footy” comes second).

With plenty of meat and beer in a fancy cooler, they populate the beach to jointly celebrate the festivities. Manly Beach, the place where we lived, turned into a buzzing crowd of local folks swimming, surfing, jumping, and singing: a big family celebrating fervently, many of them in Santa dress-up, Santa bikinis, or provided with Christmas trees. The self-assembly plastic ones, of course.

We walked by the beach, watching the crowds with some astonishment, a little bit of a culture shock experience. Not the painful kind, but the funny one – we felt a bit like in a movie, absorbing all these new ways of celebrating Christmas.

We realized that Australia’s deeply rooted surf and beach culture has left its imprint on Santa’s Aussie-style appearance. At the age of five or six, little kids in Australia, our son included, join the so-called “Nippers” run by the local Surf Life Saving club. There they acquire all the skills they need to navigate Australian beach culture.

So Santa is typically shown on the beach: on postcards, stamps, posters, and in TV ads. He might come on a surfboard, like in the first major ALDI Christmas campaign in Australia – a jolly race of fun-loving Surfin’ Santas who hit the waves with a yummy ham to celebrate the perfect Aussie Christmas. 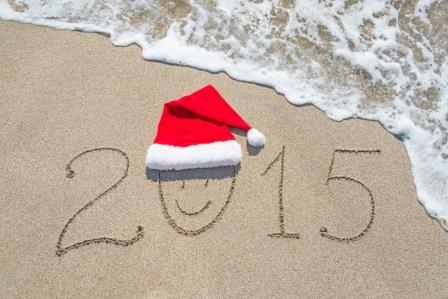 Santa might also be walking barefoot on the beach or sitting on the sand, reading Christmas wish lists like in the Australia Post Santa Mail ad. Santas often arrive by jet ski, water ski, or boat: They do so at the Darling Harbour Santa Fest in Sydney, which my son loved. This event takes place every year, featuring a parade of hundreds of Santas, a water show, and breathtaking fireworks.

Our second Christmas in Sydney was much more Australian-like. We joined the crowds for the morning swim on the 25th, celebrated Christmas with friends, enjoyed the BBQ, and tried the honey-glazed ham.

I´ve made my peace with the do-it-yourself-assembly plastic Christmas tree, although it didn´t make it back to Europe when we left Australia after two amazing years.

This week we went for a fresh cut-it-yourself tree in the forest near Munich, Germany. Back home we savor the moments on the Christmas markets in and around town. We are grateful to have experienced both kinds of Christmas, European and Aussie-style.

There are many more thrilling questions to explore all around the globe: Does Santa in Egypt come on a camel? Is “Pere Noël” in France, “Sinter Klaas” in Denmark, and “Babbo Natale” in Italy really the same person? How come that “Ded Moroz” (Grandfather Frost) in Russia has a girl called “Snegurochka”(Snow Maiden), his granddaughter, with him?

Merry Christmas to everyone who’s celebrating!