“A Third Culture Kid (TCK) is a person who has spent a significant part of his or her developmental years outside the parents’ culture,” so US American sociologist David C. Pollock.

Aspiring film-maker Aga Alegra and her international, multi-cultural team are now trying to explore the lives of TCKs in the upcoming documentary “Where Is HOME?” We have interviewed the director below, and you can find more information about their project and their fundraising campaign on the dedicated movie website.

1. Tell us a bit about your background. You are obviously a Third Culture Kid yourself. What was your childhood like?

Yes! I am indeed a Third Culture Kid (TCK), although I don’t fall into any of the main categories (many TCKs have parents who are employed in the military, missionary, diplomatic, or business sectors).

My life as a TCK began at age 12, when my parents escaped Communist Poland, and I suddenly found myself in a refugee accommodation in Hamburg, Germany. It was there, among new friends, that I first learned to see that friendships extend beyond the boundaries of languages and cultures. However, I did learn to speak Farsi and Spanish during the two years that I spent with my multicultural “family” there.

2. How exactly did you get the idea to talk about your life (and the lives of other TCKs) in the form of a movie? Do you have any previous experience in film-making?

This is my first film, and in many ways the project began very fortuitously!

In fact, I didn’t even discover that I was a TCK until I hit 30. This was a point in my life when I longed desperately to be content with my decision to settle down in Toronto and start a family, and yet I had to constantly fight the feelings of restlessness inside of me. I felt so alone in my struggle that I actually turned to Google for an explanation, and that’s how I first came across the TCK community. I was hit with an overwhelming sense of having found my “tribe”! I would say that was my moment of inspiration when my passion to tell our story first began.

When I began filming, I didn’t plan at all to talk about my own TCK experience. I was on a personal quest to answer the existential question “Where is home?” and wanted to share what I found with the rest of the world. Because I didn’t have an answer yet, I thought that by talking to other TCKs, I would be able to understand how they came to cope with being uprooted, with feeling torn between many different cultures, and whether or not they were able to find “HOME” while remaining in constant motion. That’s how the documentary began to take shape as a narrative exploring the lives of four other TCKs – Warona, Maartje, As’ad, and Ray.

But then I moved to Barcelona in the middle of making the film, had to start life afresh, and began to literally live through all the stages of answering “Where is home?” myself. And so that’s how my own story came to be a part of the film. Even though it was a difficult decision for me to expose my story in front of the camera, I hope that it will resonate with everyone who watches the film and shares a similar sense of wanderlust.

3. How many other TCKs did you interview for this project? Did you “shadow” them in their lives? How did you find them? And what about your crew-members? Are they TCKs, too?

The documentary features four main characters, and I also filmed five other TCKs. Most of their stories are told in narrative form, but I did interview one of the main characters over the course of several months when he was in the transition phase of moving from Canada to Asia. But that’s just the tip of the iceberg! 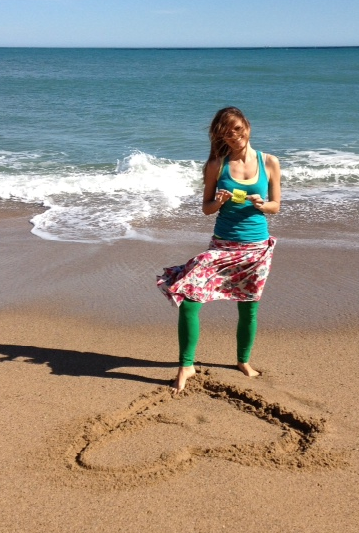 I also interviewed more than 20 TCKs on the phone, and I have heard from so many TCKs over the course of the last four years. In the beginning, I connected with other TCKs through forums such as TCKid and by posting ads, but a lot of them reached out to me after I posted my short film to YouTube. Some have become my very close friends.

Alethea, my production assistant, and I met because of the film! And some of my other crew-members are also TCKs.

4. In which countries did you shoot the footage? What’s your favorite memory of filming? And what was the hardest part about the project?

We filmed in Canada (Toronto, Montreal, and Vancouver), as well as Trinidad & Tobago, Spain, and Germany. The most valuable thing I gained from filming was the wonderful friendships I have made through connecting with the people I met or interviewed for the film.

Of course, getting to film in all those different locations was a definite perk … I love experiencing new cultures firsthand! As I hadn’t expected to be able to go to Trinidad & Tobago, I have to say that visiting that beautiful island stands out as one of my favorite memories.

As for the hardest part, learning all the ins and outs of film-making truly is an on-going process, and running a project on a limited budget has been challenging as well. But this truly is a project of passion, and so we’re ready to weather all the ups and downs!

5. How are you planning to distribute, promote, and screen the finished movie?

Distribution will mostly be through DVD production and sales. As our aim is to produce a high-quality product, we are looking to source DVD encoding and mastering to a professional company.

As for promotion, this is an ongoing process for us. We are trying to network with any like-minded international organizations who we feel have an audience that would love our film (and hopefully be inspired by it!). We’re already connected with the TCK community at large, and we’re so happy to be featured on InterNations!

As for screening – once the film is complete, our first goal is to submit it to film festivals. So the premiere will hopefully be at a major international film festival. As for future screenings, we are happy to organize screening events around the world. 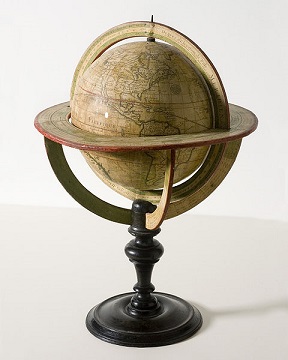 We just wrapped up our Indiegogo campaign, through which we were able to raise some funds to kickstart the post-production process. At this point, we anticipate a release date for the film in June of 2013.

With any independent film, the quality of the end product depends so much on what the overall budget is, which is why any further donations we get are so invaluable to us. We hope to be able to raise another $19,000 in order to really compete in film festivals on the international level. We have so much beautiful footage and we truly believe that the message of our film will help to inspire others to see the world as one united community regardless of where “HOME” is, so we’re keeping our fingers crossed!

6. And finally: what’s the best thing about being a TCK for you? And what is the more negative side?

The best thing about being a TCK is the ability to feel at home anywhere in the world and the ability to easily connect with everyone on this beautiful planet. Because we’ve had to learn to recreate a sense of community for ourselves with each move as a child, by the time we reach adulthood this becomes second nature for many TCKs. And since we are generally the odd-ones-out in each new community, we’ve had to quickly find common ground in order to understand those around us.

Also, I don’t think I’d know how to speak seven languages if I hadn’t had the experience of growing up amongst many cultures.

It’s hard to say that there is a negative side because I am so grateful for my TCK experience! Of course, there is the innate restlessness, and there is always a sense of loss in having to say goodbye to people and places. However, with each passing day I’ve learned to embrace the restlessness a little bit more and simply accept the curious and open-minded side of myself.