Unfortunately, some InterNations members have had to experience the negative sides of expat life recently as both locals and expats in Australia, Côte d’Ivoire, Egypt and Tunisia saw their daily lives affected by natural disaster or major political unrest. Luckily, the worst seems to be over in many places, and we hope that none of our members, their family or friends came to personal harm! Our local Ambassadors did their best to keep us informed about the situation and how it affected their communities, so here are a few of the impressions we collected over the past few weeks.

In Egypt, the population is demanding social and political reforms. The situation on the streets escalated in the face of President Mubarak’s refusal to step down. The 1 pm to 8 am curfew which has been imposed on the whole country is rarely observed by local protestors. Just today, hundreds of thousands of Egyptians are gathering on Cairo’s Tharir Square for a protest march which has so far remained peaceful. Internet access in Egypt has been blocked and mobile phone networks experience service disruptions. No attacks on foreigners have been reported, but our Ambassadors in Cairo decided to cancel the InterNations January event in response to the general threat and out of respect for the local population.

Tunisia’s “Jasmine Revolution” has borne fruit. Ex-President Zine El Abidine Ben Ali has fled the country and a new cabinet has been formed. Despite calls for his resignation, the long-serving PM Mohammed Ghannouchi is still in office and preparing the country for new elections. While InterNations members in Tunis also had to re-organise their lives around violent protests and curfews, the situation seems to have calmed down now and we hope to receive more good news from our local Ambassador soon.

The ongoing crisis in Côte d’Ivoire is a serious cause for concern for all people in the area. 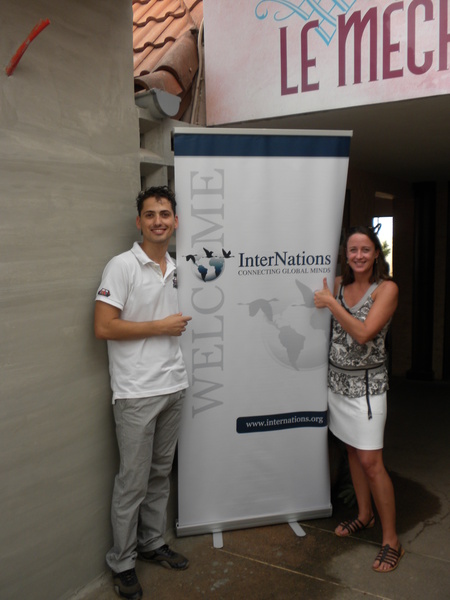 Growing international pressure on Laurent Gbagbo to accept his election defeat and hand the presidency over to Alassane Ouattara has so far not managed to significantly improve the situation. However, our Ambassadors in Abidjan decided to carry on in the face of adversity and organised a small January Get-Together. The one year anniversary event of our Abidjan community is already scheduled for 11 February, and attendees are in for a special treat: After two months in the post, our InterNations banner has finally found its way to Abidjan and is here proudly presented by our two Ambassadors.

Just when the worst seemed to be over for our members in and around Brisbane, Australia’s worst floods in centuries hit Victoria. And as if the floods weren’t enough trouble in themselves, sightings of sharks swimming up the streets of Brisbane and Goodna in Queensland gave more cause for concern. The search for bodies of flood victims continues, and clearing up and reconstruction works are expected to go on for many months. We wish everyone out there perseverance and good luck!